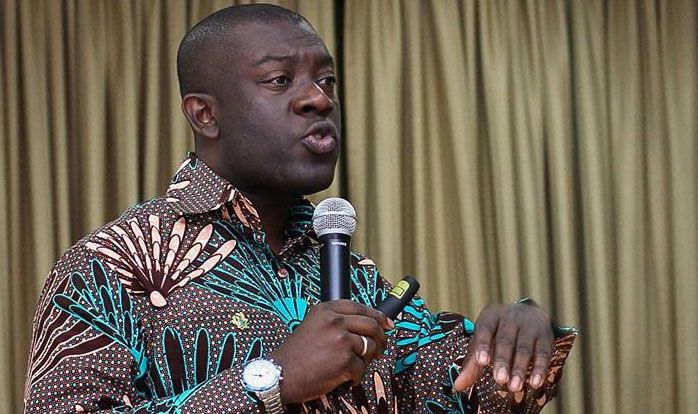 Information Minister, Kojo Oppong Nkrumah, has appealed to media practitioners to use a chunk of their time and space to direct people’s attention to the opportunities that are being created by the government.

“It seems that our only job is to hold government accountable. And to check public officials. Well, that is true, that is part of our job. But that it’s not our only job.

“We also have a responsibility to assist the state in the efforts to bring about growth, and to create opportunities for people,” Mr. Oppong Nkrumah said.

He stated this when he interacted with the media in the Western Region during his duty tour in the region.

“I am in the region to examine how the agencies under my ministry are executing the mandate of the ministry, and also to get the necessary feedback with which we can shape government’s policies and programmes,” he added.

The minister and his delegation also toured some agencies under his ministry, specifically GBC and ISD installations as part of the ministry’s reorganisation drive.

He said the security situation, particularly in the West African sub-region and the numerous terrorist insurgency attacks also needed media attention and education.

He pointed out that the government was hopeful to bring Ghana’s economy back on track after the COVID-19 pandemic.

He noted that the COVID-19 had dealt hard with Ghana, Africa and the world, and that there was the need for recovery programmes to reshape the socioeconomic stand of the nation for further advancement and growth.

“The government’s primary objective now is to stimulate recovery of the economy, so that the Ghanaians would be better off as quickly as possible,” he stressed.

He revealed that the government hoped to vaccinate over 20 million Ghanaians against the COVID-19 pandemic.

Additionally, he said a National Vaccine Manufacturing Team was working assiduously for the country to produce its own vaccine.