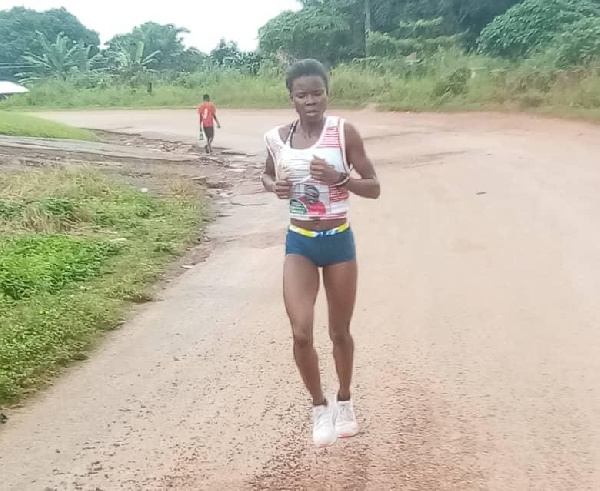 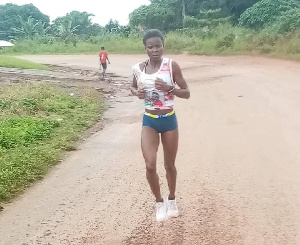 Lariba Sakat is the new champion of the Women’s version of the 2021 Asante Akyem Marathon, held over the weekend.

She clocked 47:14 seconds to win the 10.5-kilometre race from Juansa – Agogo Market Square in the morning.

Lariba, who was a pre-favourite following her impressive record and experience as she is the current CAA Region II half marathon and 1500m champion.

She broke away from the leading group just after the five-kilometre mark and maintained her pace, which none of the competitors were able to close up.

The level 200 student of the University of Education, Winneba completed the race ahead of her peers to win the women’s version of the competition with 47:14 seconds in a course record time to win the gold medal.

One of the fastest upcoming female sensational youth athletes Belinda Segbor finished second in 50:49 seconds to take home the silver medal with the third position taken by the unpredictable Abdulai Ramatu in 50.59 seconds.