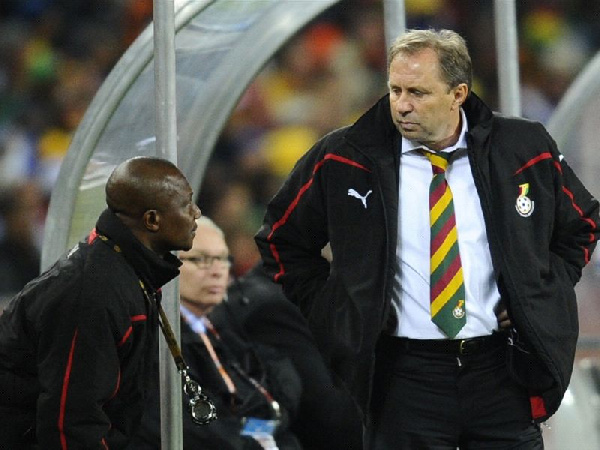 Serbian coach Milovan Rajavac was re-appointed as the head coach of the Black Stars and was unveiled by the Ghana Football Association on Friday, September 24, 2021.

He comes as a replacement for coach Charles Akonnor, who was sacked following Ghana’s abysmal start to the FIFA World Cup qualifications for Qatar 2022.

But coach JE Sarpong has predicted doom for the Serbian, insisting that he is not the man to take Ghana to the promised land.

“Milovan Rajavac cannot do anything for Ghana in his second coming. He will be a failure. He is only coming to take the money and go because he can’t help the country achieve success,” he told Kumasi-based Luv FM in an interview.