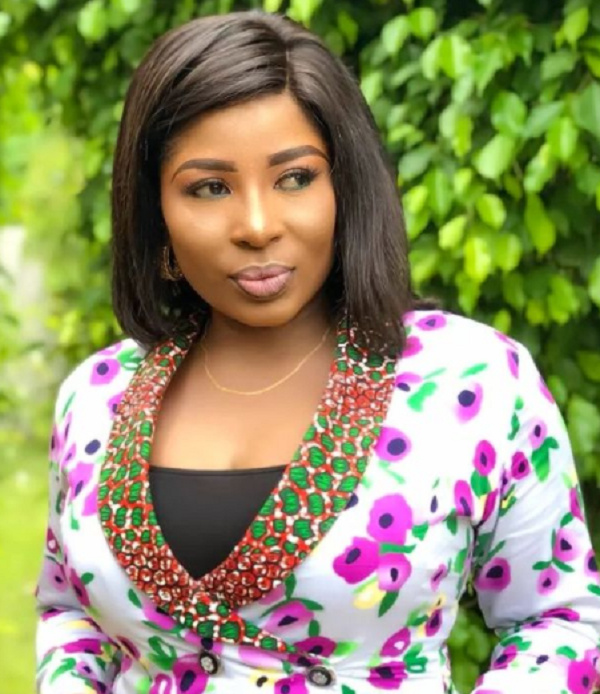 • According to her, the person behind an account that insulted her will not live long

Ghanaian actress, Gloria Osei Sarfo has rained curses on a woman who labelled her as a “grandma” who spends time on unnecessary things.

Gloria on Sunday, September 26, made a post about Big Brother Nigeria’s eviction night that witnessed housemates like Pere and Angel being up for eviction.

The actress, who has been following the reality show like other Ghanaians, made some comments about her favourite housemate, Angel.

But, an internet troll, by the name Bounchies on Instagram, decided to disrespect Gloria Sarfo by bringing up the subject of her being unmarried.

In her comment to the harmless post, she wrote “Gloria Osarfo shut up oooo grandma who still watches big brother instead of thinking of your grandchildren by now. Support your favourite and stop insinuating unnecessary things.”

The actress who was obviously hurt by the comment couldn’t help but address the internet troll who is also a woman.

Gloria in response cursed her “Did you just say that about me? Mark this on the wall, if you’re not my age yet, you will never get there.”

The comment which attracted over 13 responses from her followers within 50 minutes has since been deleted by the actress.

Below are the posts: 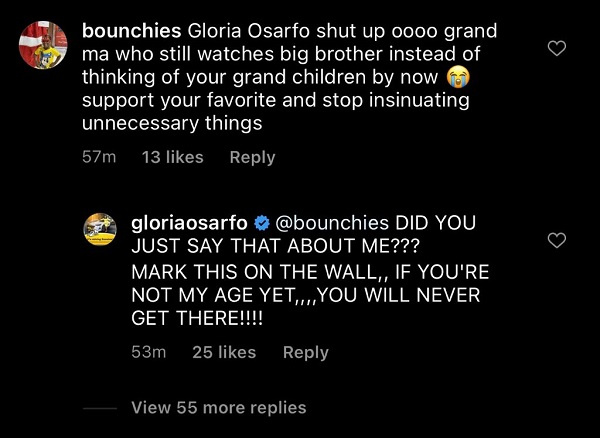