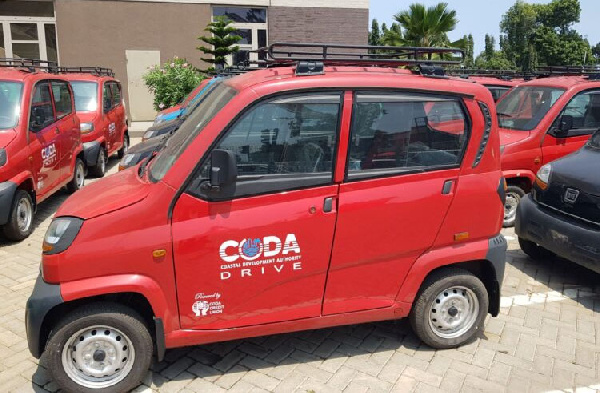 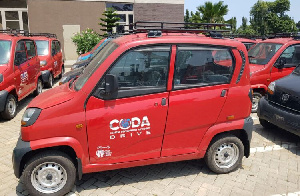 The Akufo-Addo led government has acquired some four-seater, fully air-conditioned mini vehicles to be used for the promised ‘Okada for Car’ initiative.

Although the government is set to roll out the first phase of the initiative with some 100 vehicles, our checks at the Coastal Development Authority (CODA) indicate that over 100 Okada riders have registered for these vehicles.

The National Identification Card will play a key role in the entire process, as it will be a key requirement.

The project is set to be launch by the vice president Dr. Mahamudu Bawumia in October.

Officials at the Coastal Development Authority (CODA) have disclosed that the total cost of the mini-vehicle is GHC 25,000.

Members of the public can deposit an initial amount of GHC 10,000 while an Okada rider is expected to deposit GHC 5,000.

The rest of the balance will then be spread for two years.

Per the arrangement, a non-okada rider will be required to make a daily payment of GHC 32 while an Okada rider pays GHC4O cedis.

An applicant is required to present two guarantors, provide contact details and location to qualify for these cars. The mini vehicles are currently being piloted in the city.

The initiative was announced by Vice President, Dr. Mahamudu Bawumia in the build-up to the 2020 elections.

During the ‘Okada’ debate, the opposition National Democratic Congress (NDC) promised to train and legalize the operations of Okada if elected back to power.

The NPP however, announced its plans to provide the Okada riders with what it called “a better and safer alternative,” by providing them opportunities to own vehicles in a special, flexible payment plan. Yes

The government says it has now taken the big step towards fulfilling the promise by acquiring hundreds of mini vehicles to start with the first phase of the ‘Okada for Car’ initiative.