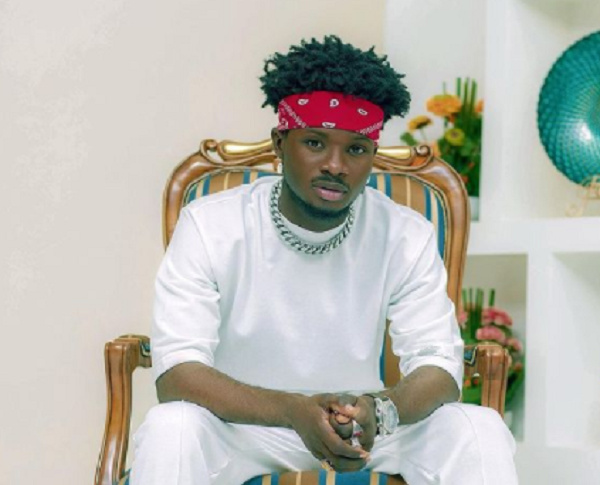 • lovers say he is a creator of bangers

In a time, where Nigerian music is flooding the Ghanaian airwaves, singer, Kuami Eugene, has pledged to salvage the situation by releasing hit songs from now till the end of the year.

The situation is heartbreaking as statistics show that Ghanaians are listening to more foreign tunes than songs produced by local musicians.

In a recent post, Kuami Eugene also known as “Rockstar”, explained that he took a break to work on some good tunes which he disclosed will soon be released.

The immediate past VGMA Artiste of the Year was responding to a post by a Twitter user who bemoaned the influx of foreign musicians on both Ghanaian radio and television stations.

Kama Sly begged Kuami to save the music industry by dropping a banger. He wrote: “Ghana music industry is gradually going down again & Nigeria music is gaining grounds coz of TikTok & Kuami Eugene has stopped dropping bangers. I’m not one of his cult fans but boy has held the industry in recent time & it’s a Fact. @KuamiEugene we beg drop something & save GH.”

But responding to the tweet, the Highlife musician explained that his recent absence was to prove a point as his ‘own people’ continue to fight him despite his effort in the industry.

“That’s the main reason why I’ve been quiet for some time now. Give me now till December. I will flood the system so bad, there will be no room for Foreign music. That’s if our very own people don’t fight it as Usual,” the ‘Angela’ hitmaker retweeted.