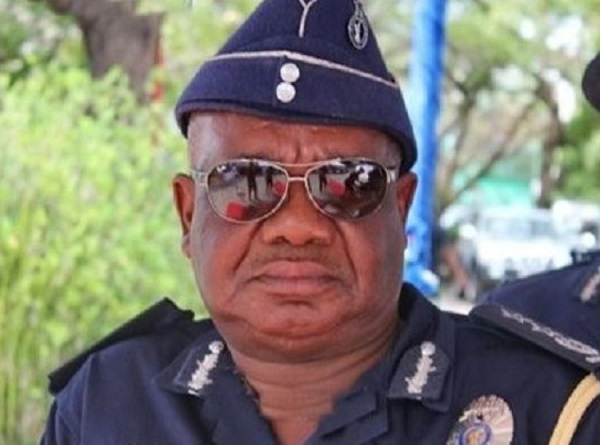 A former Inspector-General of Police (IGP), Mr John Kudalor, has admonished chiefs against meddling in politics if they want to ensure the effect transformation and development of their respective communities.

He said the involvement of chiefs in politics, would not only derail development, but also deny the people the needed socio-economic advancement.

The former IGP, gave caution when he addressed a meeting organized by the Agona Nyakrom Traditional Council at Nyakrom in the Agona West Municipality of the Central Region.

He stated that by their position as traditional rulers and custodians of their respective towns, chiefs were supposed to remain neutral in their day-to-day administration, to enable them to get the fair share of the national cake for their citizens.

The former IGP, called on the chiefs to strive hard to do away with negative tendencies, which could turn their palaces into courts to adjudicate cases that could bring repercussions on them and their people.

According to the former IGP, chiefs were installed or enskinned by their royal families to promote peace and also protected their people, while seeking their welfare, adding that, it will not serve any good for them to indulge in any parochial and selfish interest that could jeopardize the wellbeing of the masses.

He therefore stressed the need for the chiefs to team up with the security heads in their towns and areas to help fight crime by forming watchdog groups in the various towns.

Nana Adu Peseko VII, Gyantuahene of Agona Nyakrom, expressed concern about some bias reportage slandering some traditional rulers without crosschecking their facts in the country.

Nana Adu Peseko said recently, there was a publication made by an Accra based TV station about the almost completed University of Cape Coast (UCC) campus currently under construction at Agona Nyakrom.

Nana Adu Peseko stated emphatically that, the UCC campus project at Agona Nyakrom was being financed solely by the University and not any government as was speculated by the Accra based TV station.

He appealed to media practitioners not to sit in the comfort of their air-conditioned offices and write stories to defame people.

He said the Agona Nykrom Traditional Council had taken serious view of the publication, seeking to disgrace the chiefs and therefore asked the Station to retract the story and apologise to the chiefs.

Okofo Katakyi Nyakoh Eku X called on the media not to set bad agenda and propaganda against chiefs and other high-profile personalities in order to score cheap political points.

On installation of Chiefs, the Omanhene advised kingmakers to fill vacant stools with the rightful candidates in the various towns in the traditional area to avoid chieftaincy disputes.

He said the Agona Nyakrom Traditional Council was making frantic efforts to ensure that the area became chieftaincy dispute-free, to help attract the desired projects from the government and other development partners.

The Omanhene, therefore, cautioned Ghanaians to adhere strictly to the COVID-19 protocols by washing their hands, wearing face masks and use

alcohol-based hand sanitiser to help reduce the spread of the pandemic in the country.