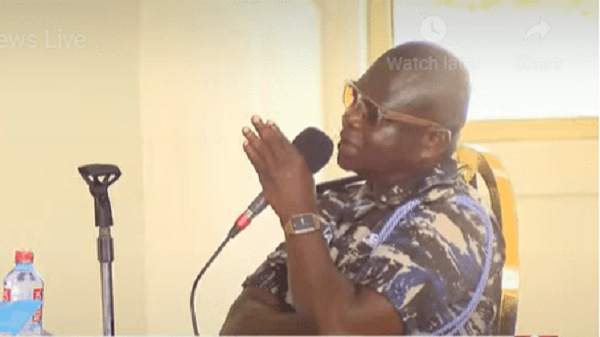 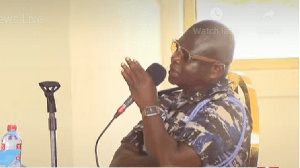 DSP Philip Hammond during his appearance before the committee

The committee that was tasked to investigate the Ejura disturbances in June has recommended the transfer of the police chief in the area, DSP Philip Kojo Hammond.

The three member committee in their report said: “The committee recommends the immediate transfer of the District Police Commander of Ejura, DSP Philip Kojo Hammond, first for his incompetence in handling the situation and for the fact that, his relationship with the community seems to have been damaged beyond repair.”

“We further recommend the structural expansion of the Ejura Police Station and an increase in personnel,” it added.

Residents on the area hit the streets following the death of a social activist, Ibrahim Mohammed “Kaaka”, 45.

He was attacked by unknown people on 27 June.

He died on Monday (28 June) at the Komfo Anokye Teaching Hospital in Kumasi, where he was receiving treatment.

Military men fired into an angry crowd of young protesters in the town after the funeral of “Kaaka” on 29 June.

The shooting incident led to the death of Abdul Nasiw and Muntala Mohammed.

Read the full report below: