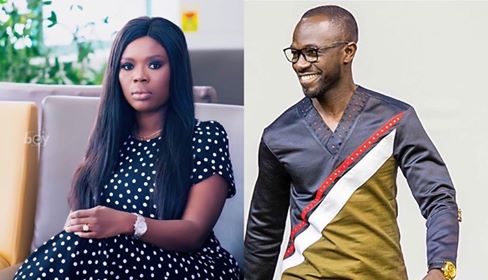 Media personality Delay has reacted to the comment of a netizen applauding Okyeame Kwame for not marrying Delay saying she’s too strong for him and domineering as well.

This is a comment to an old video of Okyeame Kwame saying he would have married Delay if he hadn’t met his wife and the netizen commenting on the applauded him for dodging the bullet by marrying his wife and that makes him a lucky man.

According to the netizens, Delay is too strong, too stubborn, and too everything for Okyeam Kwame saying there’s a reason why she’s single claiming most men will walk away from Delay type of women because they will dominate you when they don’t even realize they’re dominating you.

Adding that the domineering thing is a spirit and it’s very dangerous for both men and women because it can help you achieve a lot in life but you can loose a lot of precious relationships and women like that ends up marrying soft men portraying that Delay is still single because of that.

Delay reacting to that debunked all the netizen said about her being too everything for Okyeame Kwame and domineering saying none of that is true about her because she’s not such a person saying it’s weird and funny to her at the same time.

For someone to write that about Delay means a lot of people think she’s still single because of her character as she might be doing something that keeps driving the men away from her or she is the type that can’t keep a relationship.