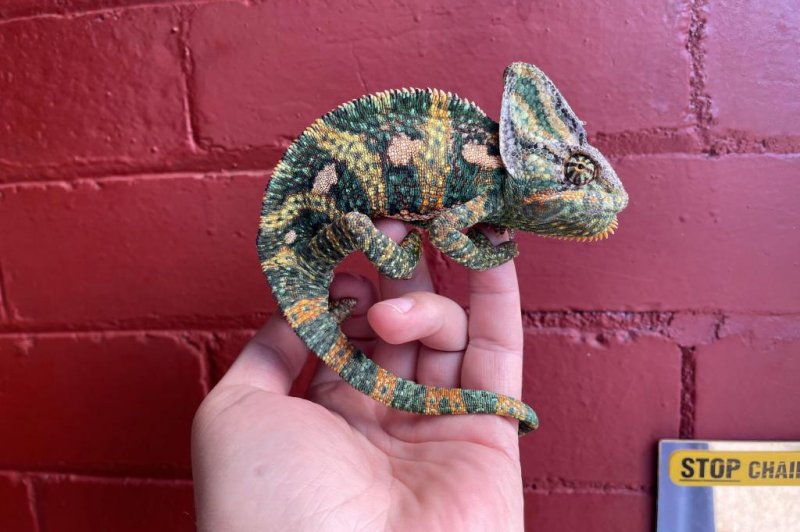 Sept. 28 (UPI) — A British man taking out the trash at his home discovered something unexpected when he returned to his door — a chameleon.

The RSPCA said the man was taking the trash out last week at his home in the Fulwood area of Preston, England, when he spotted the unusual creature perched on his door.

The man did not know what type of lizard it was, but he did not believe it to be a native species so he trapped it in a box and took it to his mother’s house nearby, the RSPCA said.

The man’s brother determined the animal was a chameleon, a lizard native to warm climates such as deserts and forests. The family contacted the RSPCA, which sent animal rescue officer David Hatton to the scene.

“It certainly isn’t something you expect to see when you are about to open your door — but the man did exactly the right thing in calling us as this beautifully colored reptile would not have survived without warmth,” Hatton said. “The chameleon is now safe in the care of a specialist reptile keeper.”

The chameleon is believed to be an escaped pet, but the RSPCA said no owner has come forward to claim the lizard.