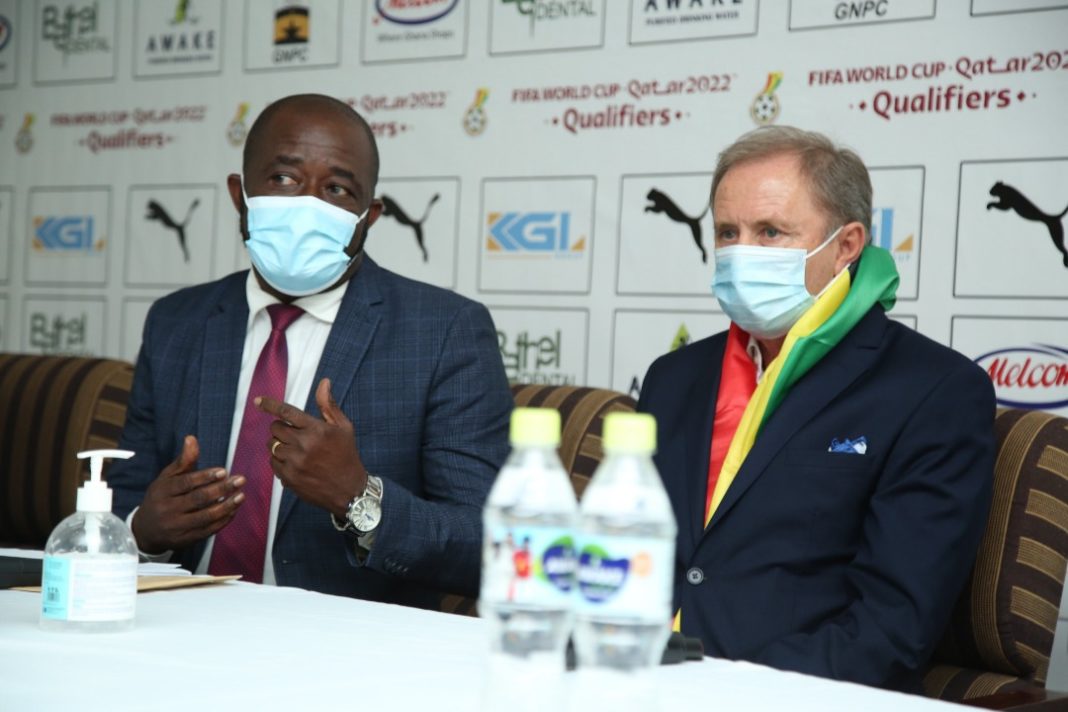 Kurt Okraku believes new Ghana coach, Milovan Rajevac, has the experience to ensure there is sanity and discipline in the Black Stars dressing room.

Over the years, the issue of indiscipline has become a canker at the camp of the Black Stars.

Following the appointment of Milovan as the head coach of the team, Mr Okraku said the Serbian, having worked with top stars, will be able to ensure there is enough discipline at the camp of the senior national team.

“With the support of the media, we will achieve our target by winning the Afcon which is dear to our heart,” the Ghana Football Association boss told the media on Friday.

“My appeal is that we have a coach in place. An experienced coach who knows our country, mentality and controls our dressing room.

“Richard Kingston, Anthony Annan, Stephen Appiah, Michael Essien, Sulley Muntari and Kevin Prince Boateng all played under him so definitely, he will take charge of the team. Our dressing room is secured,” he added.

Milovan was officially announced as the coach of the Black Stars for the second time on Friday.

He has signed a one-year renewable contract. Milovan has been tasked to win the 2021 Afcon next year and qualify the country for the 2022 Fifa World Cup.

His first assignment comes with a doubleheader against Zimbabwe next month.