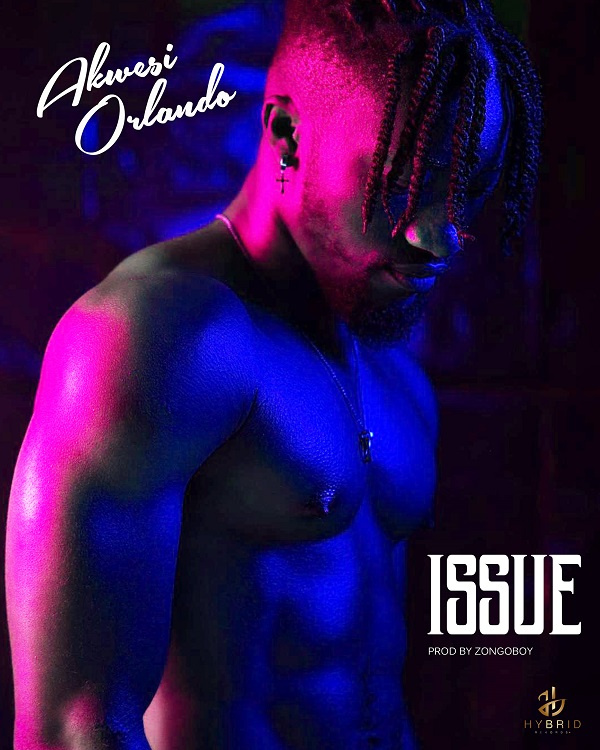 newcomer, Akwesi Orlando finally dished out his classic afrobeat song titled “Issue,” lyrics of the song were delivered in both English and Twi to officially set the silky singer’s music career in motion.

‘Issue’ details emotional battles lovers face during the different phases of their relationships, also capturing the underlying expression of true desire and willingness to maintain the relationship regardless of the constant problems.

The song also paves way for lovers to boldly bring to the table challenges and deal with them right away rather than remaining mute and being completely consumed by the pains.

Akwesi Orlando has continued to receive arguably loud applauds from music enthusiasts and key practitioners of music for his lyrical dexterity combined with daily relatable true-life events happening all around us.

His name started being on the lips of fans when he joined forces with Fameye to release his debut single “Ankonam” in 2020, and since then, the industry has been anxiously waiting for another single from him.

Lo and behold, he has released ‘Issue’, which he personally says is one of his favourite singles on his music rack. ‘Issue’ was produced by Zongo Boii, and the extremely eye-catching visuals were carefully directed and put together by Finn Mensah.

Issue arrived via Hybrid Rekords, the same label that handling versatile musician, Haywaya. The song officially makes Akwesi Orlando’s first single for the year. It’s available across all streaming platforms and the video on YouTube as well.

Watch the video of the issue below: