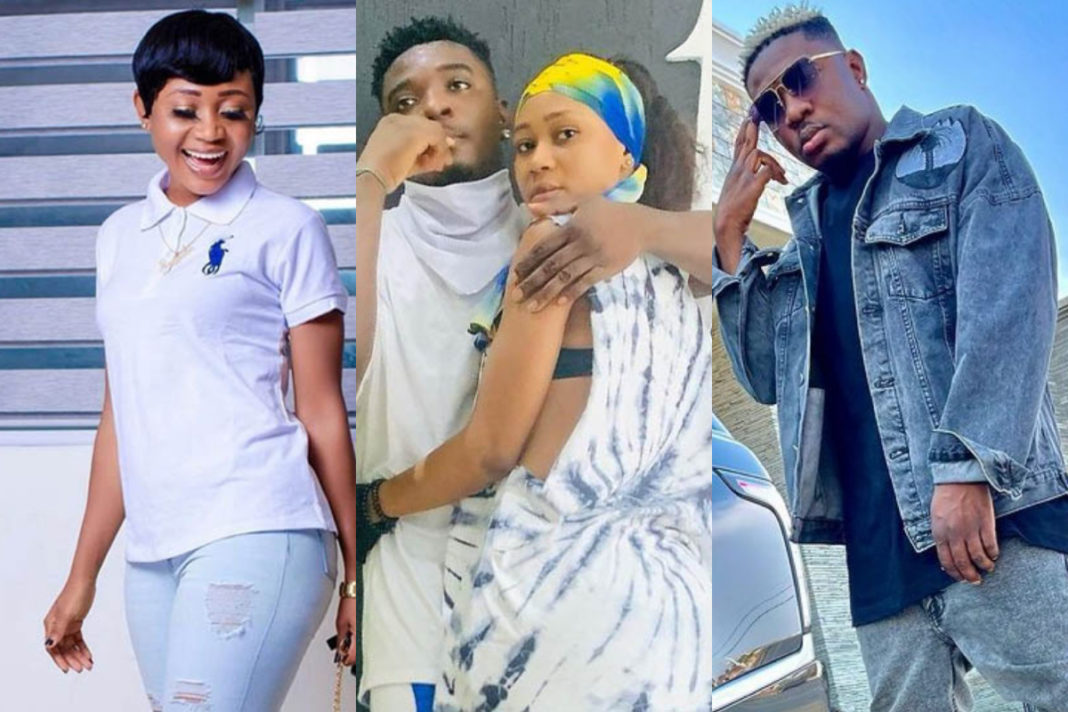 Socialite Akuapem Poloo seems heartbroken after AMG Armani unfollowed her on Instagram as she insists that he proposed to her asking her out and things have turned bad.

Akuapem Poloo replied AMG Armani who asked her to take down the photos and videos of them on social media since it’s giving him problems saying she’s never going to take it down because she didn’t force him and he was happy with it too.

Akuapem Poloo in another video has insisted that she was going out with AMG Armani and the photos and videos they took were on their first date which took place at the gym hence she believes someone is putting him up for this.

According to her, AMG Armani told her he likes her and has been asking her out and since she’s not the outing type, she decided to meet him at the gym and that was why she posted those pictures to show off her relationship with him.

READ ALSO: Bobrisky Apologizes To Tonto Dikeh For Calling Her Out – Confirms She Was There For Her

Adding that she knows he has no girlfriend because he even took her to his house and she’s confident that someone or some people are putting him up to this to the extent of unfollowing her on Instagram but she’s not going to do the same.

Akuapem Poloo then made it clear to AMG Armani that she’s never going to take down the photos and videos shared on her page asking him whether he thought she was going to put them under her bed when she took them and he looked happy in them too.