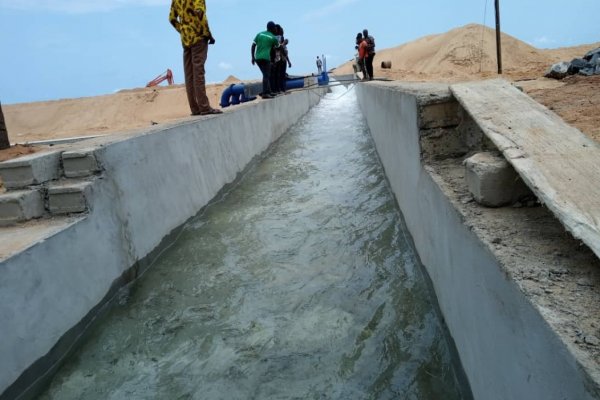 Agorko (VR), Sept 28, GNA – Mr Elliot Edem Agbenorwu, Municipal Chief Executive (MCE) of Ketu South has called on chiefs, assembly members, and opinion leaders in the catchment areas of Seven Seas Salt Limited to adopt the Company as their businesses to derive the necessary benefits.
He said this would offer the major stakeholders to own the company and ask relevant questions and bring on board suggestions and recommendations to influence the entity’s operations to serve the interest of all.
Mr Agbenorwu made the call when he toured the sea project site being embarked on by the Company to enable them to draw water from the sea for their production.
He said the ongoing project was a testament of the Company’s commitment to the welfare of the people in its catchment areas and not the desire to destroy their means of livelihood saying, “so far, the people’s two main concerns of drying up of the lagoon and loss of livelihood have been taken care of.”
The communities accused Seven Seas Salt Ltd of drawing underground water contrary to the agreement to draw sea water for its operations causing the section of the Keta Lagoon (from which they fish and mine salt) to dry up, while coconut trees along the lagoon wither, thus, affecting their livelihoods. 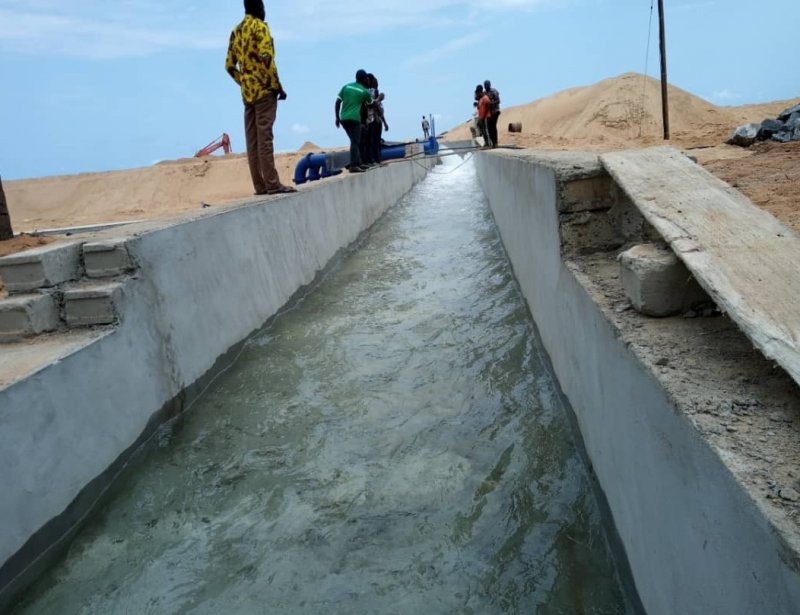 This led the salt mining company in January this year, after consultations with relevant stakeholders, to pay compensation for loss of livelihood to Adina (where it is currently operating at) and other satellite communities in the Municipality affected by its operations and secondly, the sea project being done per the agreement.
The MCE charged both the Company and the residents to settle their misunderstandings using dialogue because the investors needed acceptance from the people to operate peacefully while the communities also needed the investment for jobs for the quality of life of the people.
Mr Adams Mensah, Public Relations Officer, Seven Seas Salt Limited noted that the Company had always considered the welfare of the people and would not deliberately set out to frustrate their livelihood but support it.
He mentioned the sea project for instance that it would have provisions for the communities such that there would be an inflow of the sea into the lagoon to allow for all-round fishing for various species of fish.
“One benefit of this project (upon completion) to the residents is that because the lagoon will never get to dry up and for cross-breeding, variety of fish species found in both the sea and the lagoon such as tilapia, shrimp, and red fish will be harvested from the lagoon. We’ll be engaging chiefs and other stakeholders to regulate the fishing to ensure residents don’t use under-size mesh to avoid depleting the fish stock.”
- Advertisement -