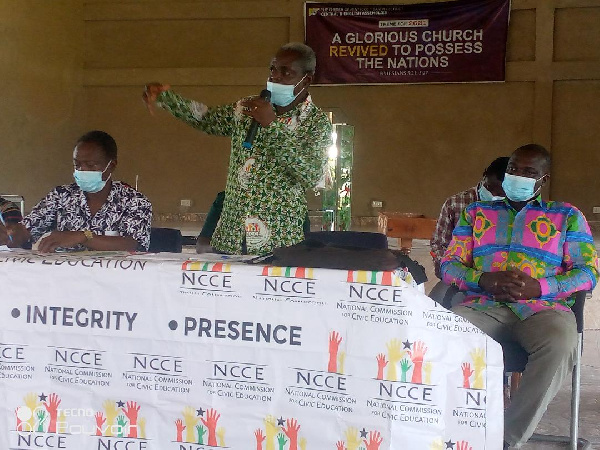 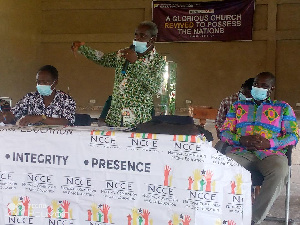 Mr. Jerry Sito, the Assemblyman of Ahenkro speaking at a town hall meeting

Mr. Jerry Sito, the Assemblyman of the Ahenkro Electoral Area in the Banda District of the Bono region has attributed recurring acts of political violence in the district to the rising youth unemployment situation in the area.

He said many of the youth in the area followed political parties ‘blindly’ because they did not have decent jobs.

Speaking at a town hall meeting on violent extremism held at Banda-Ahenkro, Mr. Sito appealed to the government to improve on technical education and employable skill training to attract the youth in the area.

The National Commission for Civic Education (NCCE) in collaboration with the National Security organised the meeting to create awareness about violent extremism and its attendant effect on the nation’s development process.

Mr. Sito said many of the unemployed youth in the area lacked employable skills training and because they were jobless, political parties lured them to engage in political violence for their selfish political ambitions.

Miss Habiba Mohammed, a resident at Banda-Ahenkro noted televised occult activities had lured some of the unemployed youth into occultism to acquire riches and power and called on the National Communication Authority to control such activities on television.

“These televised activities are influencing the youth in the area to engage in rituals and acts of immorality to get quick money and wealth,” she said.

Mr. Peter Gyasi, the Deputy Bono Regional Director of the NCCE took the participants through Alternative Dispute Resolution (ADR) and advised the people to use the ADR mechanism to resolve disputes and their differences as well.

Warrant Officer Grade One (rtd.) Paul Adjei-Darkwah, a National Security personnel, urged parents to strictly monitor the activities and movements of the children.

“Acts of violence extremism mostly involve young people, therefore parents and landlords can easily notice strange behaviours of the youth and take the responsibility to report to the police,” he said.

He also advised landlords to check the backgrounds of tenants and monitor their movements and behaviours as well.

“It is the duty and responsibility of every citizen to foster national unity,” Mr. Robert Ewur, the Head of Internal Audit of the NCCE said and advised followers of political parties to remain tolerant. 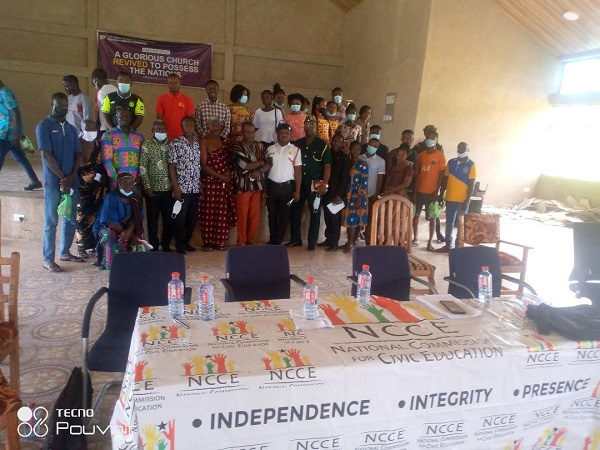