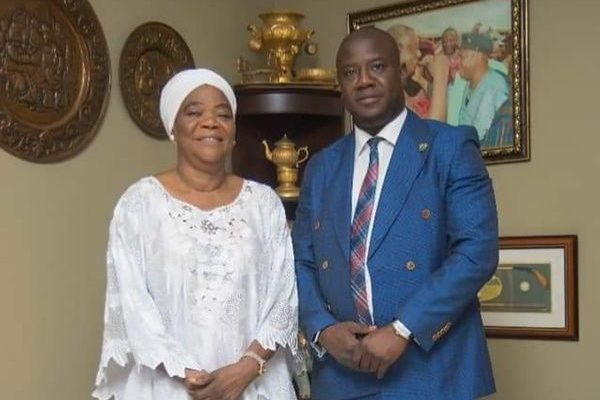 A report sighted by GhanaWeb indicated that, the wife of the former Vice President, Alhaji Aliu Mahama died at the Cromwell Hospital in London. Hajia Ramatu, as known popularly, had been in hospital for nearly one month, a Ghanaguardian report stated.

She would have been 70 on October 15, thus, her death comes a few weeks to her birthday.

Hon. Faruk Mahama, who is the first male child of the family.

His father, Alhaji Aliu Mahama was the Vice President of Ghana under the John Agyekum Kufuor from 2001 to 2008 and died on November 16, 2012.

The late wife of the former Vice President was an educationist in Tamale. Due to her love and care for her pupils, she earned the coveted title ‘Mma Ramatu.’

Hajia Ramatu Mahama was the daughter of the late Imoro Egala, a Minister for Trade and Industry and first black chairman of COCOBOD, in the first republic and a long-standing political stalwart in Ghana through to the third republic; doubling as a founder of the PNP now PNC.

In line with the Islamic tradition, the mortal remains of the late Hajia Ramatu Mahama will be flown to Ghana within the week for interment.