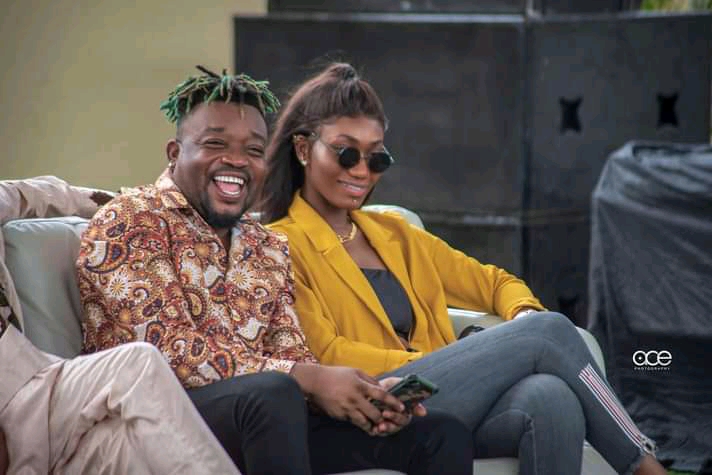 Wendy Shay is back to remind her growing number of critics why she is the real deal and spite those who thought she’ll never thrive in the volatile Ghanaian music industry.

Furthermore, the songstress slammed some notable industry players who told Bullet, real name Ricky Nana Agyemang never to sign her onto his famous Rufftown Record label. The boss of the Shay Gang fanbase made this known while celebrating Bullet’s instrumental role in her musical journey so far on Instagram.

She also asked for God’s blessing in her manager’s life and motivate him to bring out more talents. Taking to her IG platform, Wendy Shay wrote;

“Thank you Boss for believing in the Talent you saw in me when No One did. Eventhough some Key Players in the Industry discouraged you not to work with me cos I won’t make it , you still went ahead and pushed me to the top.

May God continue to bless you to bring greater Artiste out. You are indeed the best manager! King Bullet aka bonowre 🤣 #jokes. I celebrate you today and forever @bullet_rufftown Ps: it’s not his birthday! I don’t need a special day to appreciate him.”

Wendy Shay has been dragged online for a song theft which could further deteriorate the frosty relationship she has with a lot of music fans.

Netizens claim her current single. ‘Heat’ is a rip-off of Enam’s 2018 ‘Manna’ and the two music videos were juxtaposed to advance the propaganda in a video clip shared online.

The theme and concept of the two songs, including the imagery, are very similar but we think it could be a mere coincidence. Watch the video below and share your own perspective about it;