The Church of Pentecost inaugurates chieftaincy ministry in grand style 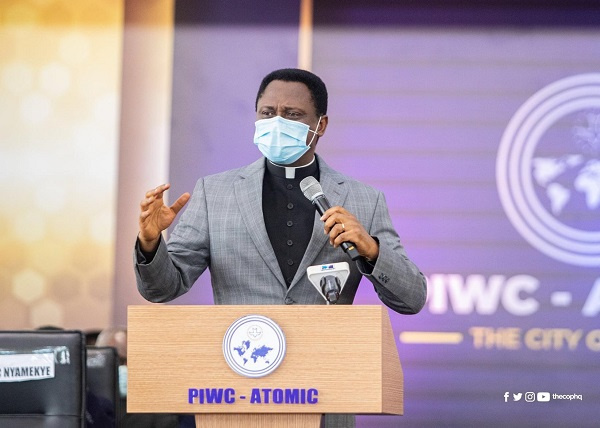 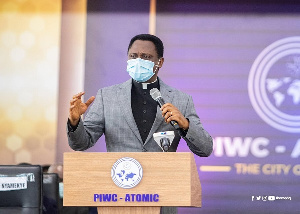 Chairman of the Church of Pentecost, Apostle Eric Nyamekye

In her quest to bridge the gap between Christianity and the Chieftaincy institution, The Church of Pentecost (CoP) has inaugurated the Chieftaincy Ministry to provide chaplaincy services to chiefs, queens, and royals in Ghana.

The historic event, which took place today in Accra, saw the inauguration of the 13-member National Executive Committee (NEC) of the ministry mandated to spearhead the Church’s vision of influencing “one of the most respected” institutions in the country with principles and values of the Kingdom of God and, in effect, bring all royals to the saving knowledge of the Lord Jesus Christ. 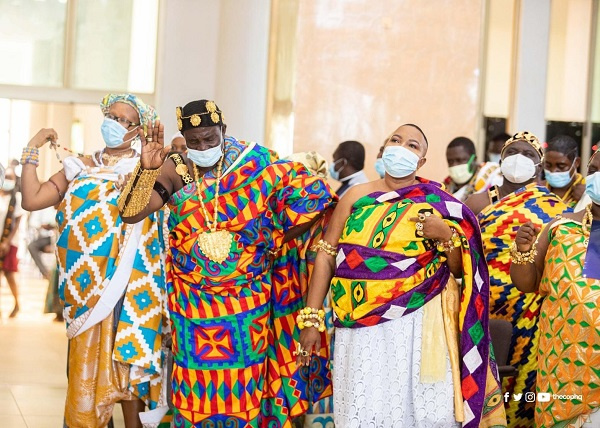 Addressing the event, the Chairman of the Church, Apostle Eric Nyamekye, noted that the chieftaincy institution, which he describes as ‘the soul of the nation,’ plays a significant role in the social fabric of the nation.

“Our chieftaincy institution is a major cultural heritage we have as Ghanaians. It has over centuries successfully provided a scope for a well-coordinated leadership for our Ghanaian society, especially at the community level,” he stated.

He continued: “It is one of the most respected institutions in our communities. The culture, tradition, and governance system of the community revolves around the chieftaincy institution and as a Church, we believe that our ability to influence this all-important institution will give us some inroads in our quest to bring transformation to our society,” he stated.

According to the Chairman, the vision to pay critical attention to the Chieftaincy institution was first initiated by the Church in 2014, under the leadership of the then Chairman, Apostle Professor Opoku Onyinah, when it began organising annual conferences for royals as a means of enhancing relations between the palace and the Church.

“In building on this great feat, The CoP, under its five-year strategic vision of possessing the nations, dubbed Vision 2023, has created a ministry to the palaces to be known as the Chieftaincy Ministry and the newly-inaugurated National Executive Committee will spearhead this ministry at all levels of the Church. It is our prayer that through this ministry, all chiefs, queens, and royals shall come to the saving knowledge of our Lord and Saviour Jesus Christ,” he said.

HRM Pimampim Yaw Kagbrese, in response, thanked God for the historic event and expressed gratitude to the Chairman, the Executive Council, and the entire membership of the Church for the confidence reposed in them.

“On behalf of my colleagues, I pledge that we would discharge our outlined duties to the best of our abilities and competencies. However, we would humbly like to appeal to leadership and members to offer us their full support to enable us to serve the Lord and the Church diligently,” he said.

Preaching on the topic: “When the King Seeks the Lord,” Apostle Julius Asante-Ayeh (rtd.) encouraged chiefs and queens to submit to the Lord to enable them to prosper as traditional rulers.

Quoting from 2 Chronicles 23:3-5 and 1 Samuel 10:1-9 as his key scriptural references, he said when kings submit their rulership to the Lord, He will grant them the needed wisdom to rule. 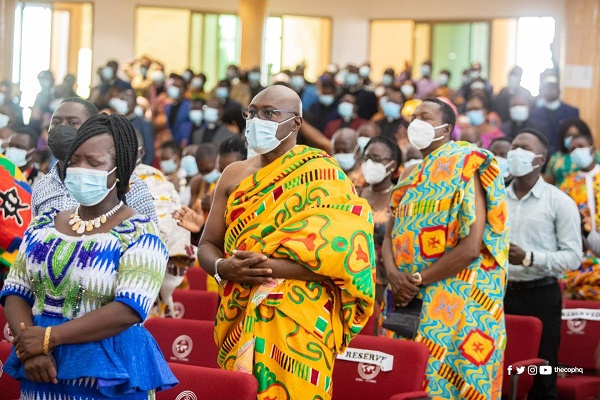 “More importantly, He would give you supernatural power and empower you to prosper as there is no power as potent as the power of the Holy Spirit,” he admonished.

He urged Christian royals to emulate King Uzziah, who prospered because he sought the Lord. He also urged them to avail themselves to Lord so that they would serve as the medium through which the Lord would possess the palaces.

In a passionate remark at the event, Opuni Frimpong stated that the move has fulfilled a prophetic call made almost a century ago.

According to the former General Secretary of the Christian Council of Ghana, the call for the Church to extend chaplaincy services to the palaces was made some 80 years ago by the then Okyenhene, Nana Ofori Atta I. However, the Church had failed to respond to the call until now.

“Although we have neglected it all these years, I am glad that today we have fulfilled this prophetic call in our generation, and through The Church of Pentecost, we can say that in our lifetime, we have seen with our eyes a ministry to the palace,” he said.

He also encouraged other churches to emulate the example of the Church and pledged his unflinching support to the committee in fulfilling its mandate.

Among other responsibilities, the National Chieftaincy Ministry Committee is charged to mobilise and educate all CoP royals, to influence their sphere with the values and principles of the kingdom of God.

The committee is also tasked to institute committees (working groups) at all levels of the Church to minister to the chieftaincy institution through a well-coordinated chaplaincy ministry, coordinate the organisation of the national royals’ conferences for chiefs, queens, and royals, as well as encourage and guide members of the Church who are royals and feel called by God to enter chieftaincy. 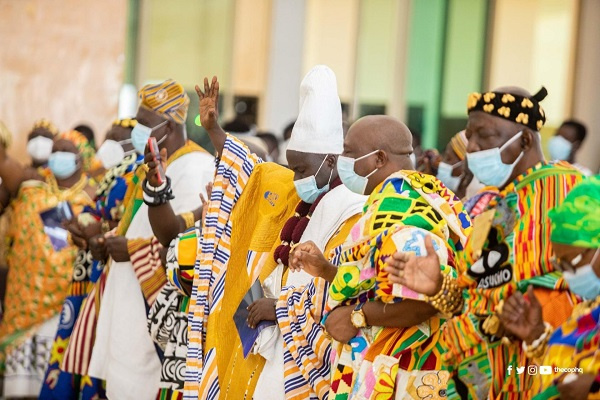