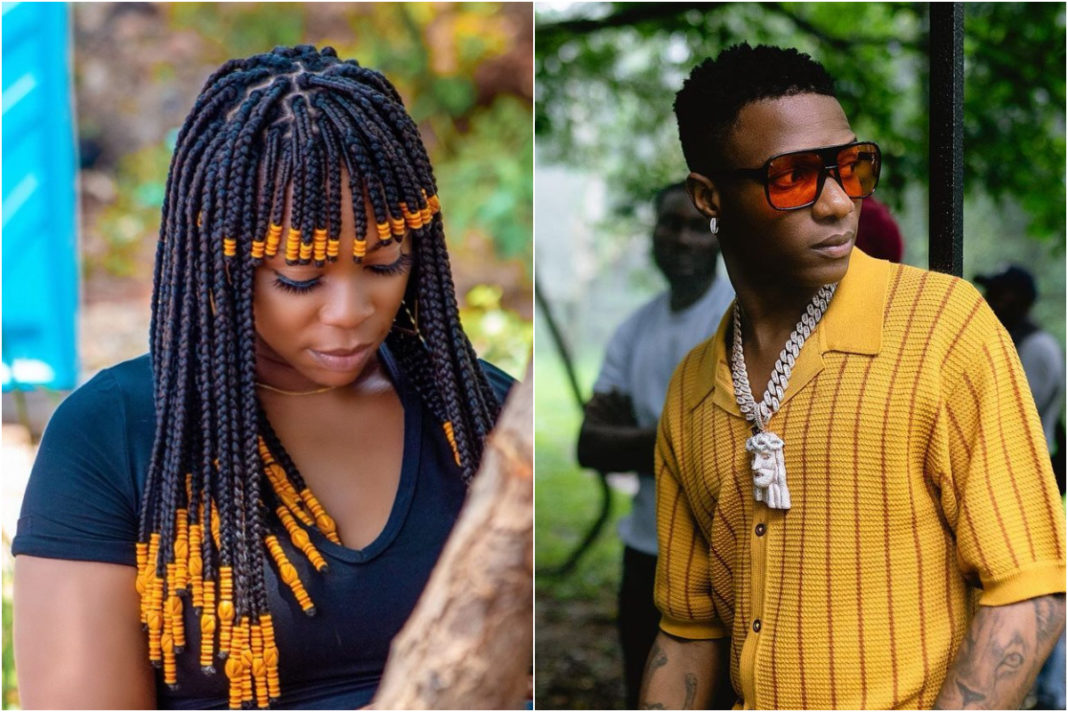 Shatta Michy has finally responded to wild claims made by Magluv that she secretly sneaked into Wizkid’s hotel room without Shatta Wale’s knowledge.

Magluv who identifies herself as a cousin of Shatta Wale in an explosive video she shared on social media months ago brought out Michy’s skeletons from the closet saying the mother of one went to secretly see Burna Boy and Wizkid behind Wale’s back.

Magluv claimed when Shatta found out he wanted to search Michy’s phone and that resulted in a violent scuffle that led to Michy stabbing her baby daddy.

Shatta eventually snatched the phone and left the house but before he got back, Michy had packed all her belongings and stormed out of the house as well as taking one of his cars and money.

Michy has however denied the allegations saying she manufactured that story up just to tarnish her image.