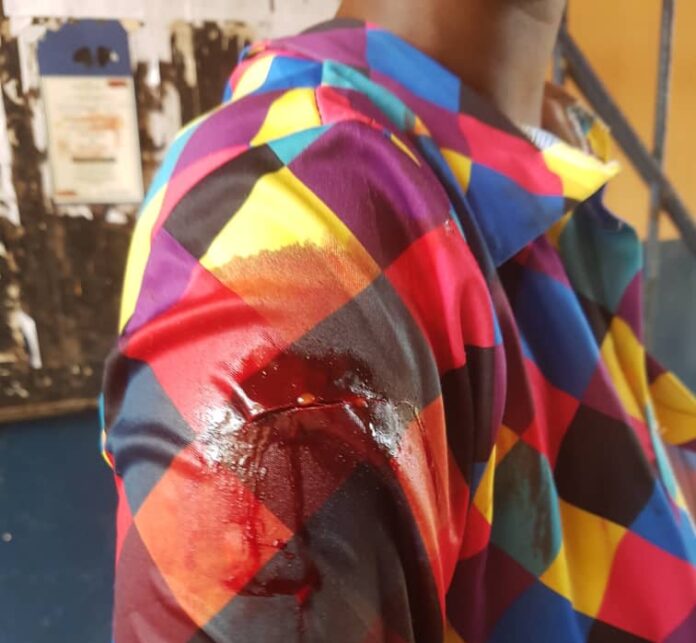 The victim with the cut shown on her right hand

A 23-year-old, Randolph Obeng, has been declared wanted by the Police at Nkawkaw in the Kwahu West Municipality of the Eastern Region for allegedly inflicting multiple cutlass wounds on his girlfriend over a misunderstanding.

The suspect, currently at large reportedly committed the crime at Nsuta a suburb of Nkawkaw.

According to reports, the victim Elizabeth Owusua sustained a deep cut on the left shoulder and both thumbs during a misunderstanding that ensued between them at about 4:00 pm last Friday.

However, she managed to escape and rushed to the Central Police station in Nkawkaw, while bleeding profusely, to report.

At the Police station, she reported that “at about 4:00 pm, a misunderstanding ensued between her and the boyfriend and in the process, the boyfriend inflicted cutlass wounds on her”.

She was then given a medical report form by the Police to the hospital for treatment.

Meanwhile, the Police have since commenced investigation into the matter as the suspect has been declared wanted.

Get involved in breast screening