If You Are A Rising Star And Lilwin Features You, Your Shine Will Die – Big Akwes 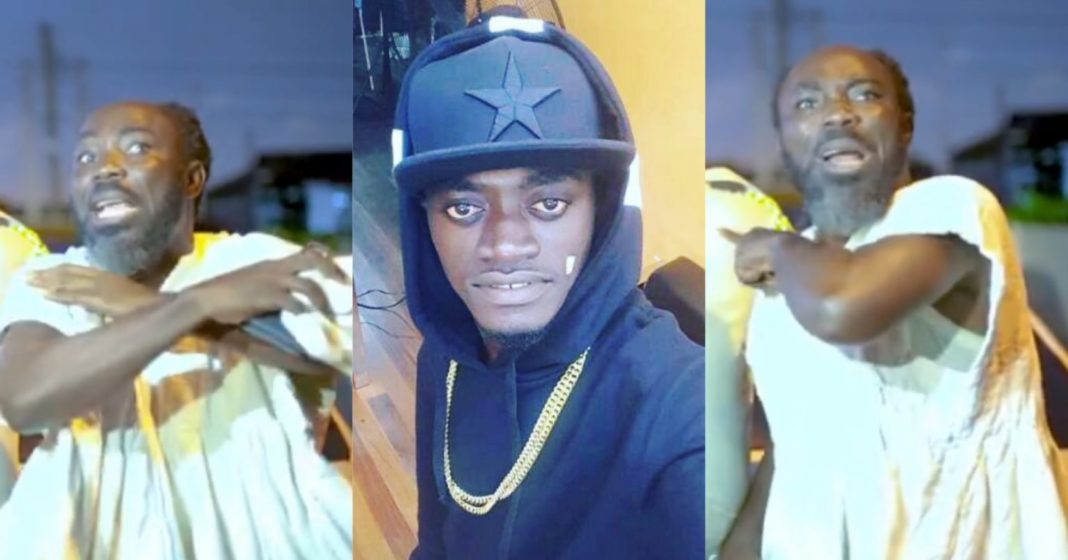 Ghanaian actor, Big Akwes has revealed that his colleague, Kwadwo Nkansah popularly called Lilwin brings down the shine of other actors especially the up and coming one.

Big Akwes said in an interview what Lilwin does is that he will use money to entice you to work with him if he realizes you are very talented and your star is big. He alleged that Lilwin killed Nana Yeboah’s career and cautioned actors and actresses to be careful in their dealings with him.

He also claimed that legendary Kumawood actor, Agya Koo is the actor whose movies sell the most locally and internationally.

This comes after he disclosed that he has killed a lot of people by placing curses on them. Big Akwes made this disclosure during an interview with blogger ZionFelix. Big Akwes disclosed to the host Zion Felix that he does not forgive people when they offend him because he is not a Christian.

Big Akwes disclosed that most of his colleagues in the showbiz industry fear him and do not take him for granted because he likes cursing people who take advantage of him.

A few days ago, Big Akwes and Oteele teamed up to reveal how evil Lilwin, one of the most conspicuous actors from Kumawood is as he harbors resentment and evil machinations against other actors.