Men Love Insecure Ladies Because It’s Easier To Manipulate Them 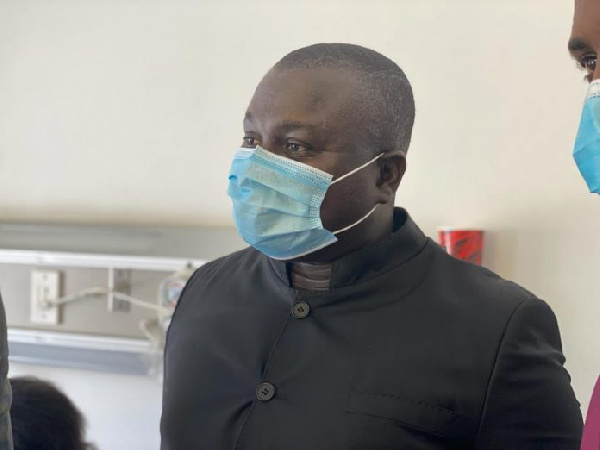 Albert Kwabena Dwumfour, Presidential aspirant of the Ghana Journalists Association has promised to set up a GH¢1 million GJA Welfare Fund which will be accessible to retiree journalists in the country.

According to the renowned media consultant, the fund would be established as part of a reinvigoration agenda as a welfare scheme to benefit retirees whose conditions after active service are nothing to write home about.

Mr Dwumfour who is the current GJA National Organiser, said the association must leverage on its relations with corporate Ghana and other relevant stakeholders to raise funds as seed capital to take care of media practitioners both in active service and after service.

“I believe in the concept of building a world that promotes a sense of inclusiveness, a world where no one is left out especially young journalists. “We need the proactive crop of journalists in this transformational and reinvigoration agenda to hold the fort when the veterans exit,” he said.

“I stand to reinvigorate GJA from the Local and Regional Chapters to National Levels, marshal the experiences of seasoned journalists to march forward as practitioners.

“The Albert Kwabena Dwumfour GJA Reinvigoration Agenda stands on the pillars of welfare and wellbeing of journalists; practitioners particularly retirees’ access to basic health care due and implementation of an insurance package that would cover areas such as health, pension and funeral,” he said.

Mr Dwumfour, who is the CEO of De Westend Publications, publishers of the Daily Analyst and the Business Analyst told the GNA that the agenda would also ensure that Ghanaian media landscape went through a transformation to stand out as progressive association with professionalism.

He said over the years, there had been lots of impediments put in the way of media practitioners sometimes through clandestine policies and also use of some media personnel against the good of journalists.

“The GJA election next month offers media practitioners the opportunity to vote for someone with the ability to redeem and reinvigorate the association, it is imperative to look out for that one person who is committed to removing the bottlenecks that impede the growth of the association and promote the welfare of members”.

“GJA must offer all members irrespective of the media house they work for a level playing field with equal opportunities and more importantly contribute towards the needed facelift which is paramount to make GJA attractive and assertive national player for the general good of Ghana,” he said.

Mr Dwumfour said based on the background of an industrious personality with a proven track record, “I am ready to impact to Ghanaian media practitioners the sense of partnership role with all stakeholders towards a new media paradigm for national progress”.

He also revealed that under the GJA Reinvigoration Agenda the security of journalists would became paramount to the association.

“Our security cannot be negotiated on any grounds. We should be able to go about our daily activities without fear or panic. And we will make sure we use all the means and the connections to bring all the stakeholders on a round table to discuss so we don’t compromise our security,” he said.

Mr Dwumfour who is also the Head of Corporate Affairs at the Tobinco Group of Companies noted that periodic capacity building workshops would be organised for practitioners to sharpen their skills and build their professional capacities.

He also pledged to introduce programmes that would seek to bond members of the GJA, and rebrand the association, ensure accountable and all-inclusiveness administration.