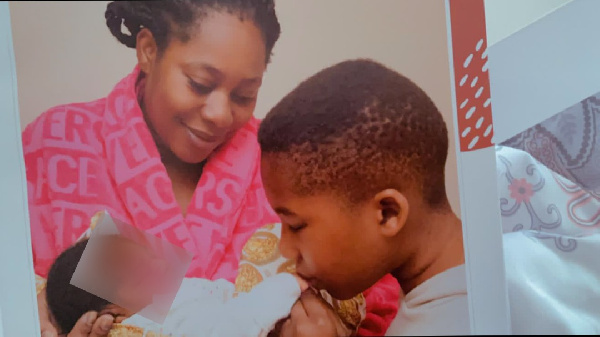 Amanda with her baby

Ghanaian socialite Amanda and business mogul Kennedy Agyapong popularly known as Kenpong have had their second child, GhanaWeb can confirm.

A source close to the socialite who is currently based in Germany told GhanaWeb that Amanda gave birth some months ago in the European country.

Exclusive pictures obtained by GhanaWeb indicate that Amanda and the Ghanaian millionaire had a girl in their renewed relationship.

Amanda, it will be recalled was a partner of Kenpong but some misunderstanding led to a separation which lasted some years.

According to GhanaWeb sources, some senior citizens and influential figures in the country worked behind the scenes and successfully brought together the two who throughout the mediating process showed commitment to a new relationship.

Amanda who was then single reunited with Kenpong and the two have been blessed with a girl who as per sources is doing very well in Germany.