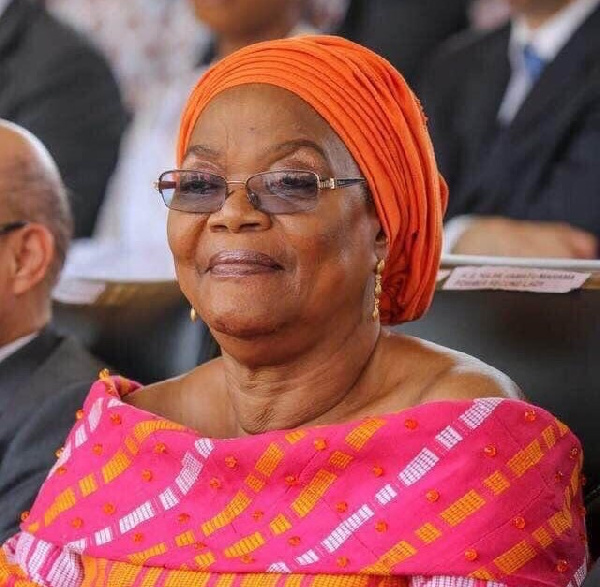 According to a report by Ghanaguardian, the wife of the late Vice President died in a London hospital on Sunday, September 26, 2021, after a short illness.

Hajia Ramatu Mahama [Neè Egala], the report stated that, has been battling a heart-related sickness and was taken to the United Kingdom for treatment.

A family source disclosed, “Hajia Ramatu Mahama has for the past one month been battling a suspected heart condition but gave up the ghost on Sunday.

“She was transferred from the Korle -Bu Teaching Hospital in Ghana to the Cromwell Hospital after her unknown ailment worsened.”

In line with the Islamic tradition, the mortal remains of the late Hajia Ramatu Mahama will be flown to Ghana within the week for interment.

The late wife of the former Vice President was an educationist in Tamale. Due to her love and care for her pupils, she earned the coveted title ‘Mma Ramatu.’

Hajia Ramatu Mahama was the daughter of the late Imoro Egala, a Minister for Trade and Industry and first black chairman of COCOBOD, in the first republic and a long-standing political stalwart in Ghana through to the third republic; doubling as a founder of the PNP now PNC.