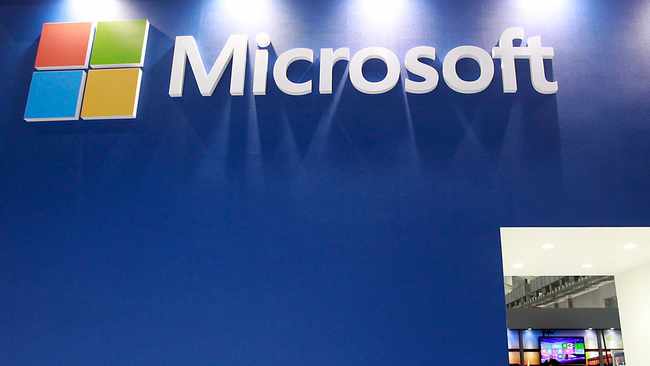 Microsoft has introduced an end-to-end revamp of its Surface devices, including an update to its popular two-in-one laptop models, part of a push to be a bigger force in computer hardware.

The new line-up, unveiled at an event on Wednesday, refreshes three of its hybrid laptop-tablet devices, adds 5G to its Surface Duo phone and launches a new pro-focused Laptop Studio device.

The tech giant is gearing up for the holiday season, looking to challenge devices from Apple, Samsung Electronics and Google. While some consumers and technology analysts were sceptical of Microsoft’s entry into personal-computer hardware after a multidecade focus on software, the Washington-based company has seen its portfolio and market share grow.

Still, Microsoft hasn’t entered the realm of the top six computer makers, according to recent data from Gartner Inc. The industry is dominated by Lenovo Group, HP and Dell Technologies, which have more than 15% of the market each. Apple, Acer Inc and Asustek Computer, meanwhile, hold 5% to 10% apiece. In July, Microsoft reported $1.5 billion (about R22bn) in quarterly device revenue, its lowest in a year.

So the company is looking to rebuild momentum and make fresh inroads into the market. A key part of that push is the Surface Pro 8, the latest version of Microsoft’s original tablet-laptop hybrid device. It has new main and graphics processors that the tech giant says will fuel a 40%-plus gain in performance and 74% faster graphics.

The screen is also 11% larger, coming in at 13 inches, and has a higher 120-hertz refresh rate for smoother scrolling. The device’s camera system has also been improved, and it’s getting Thunderbolt 4 ports for faster data transfers over cables. The Surface Go 3, the company’s low-end tablet, will get faster processor options and an extra hour of battery life.

While the Pro 8 and Go 3 rely on Intel Corp. processors, Microsoft is continuing to use Arm Ltd-designed chips in its Pro X line. That model is gaining a cheaper wi-fi-only option, rather than using cellular connectivity, and a lower $899 price. That’s $100 less than the previous version.

The Pro X had been criticised for limited software support, but Microsoft says its new Windows 11 operating systems will bring it more apps. Adobe Inc, Zoom Video Communications Inc and others also are working on offering additional support.

The most significant new product from Microsoft is a Surface Laptop Studio, replacing the company’s Surface Book. The Surface Book had a tablet-like screen that detached from a laptop base, but the Laptop Studio has a display that can tilt or close into a tablet while connected to the base.

The laptop-tablet crossover has a 14.4-inch screen and is essentially a laptop version of its Surface Studio Desktop — where the screen can tilt down for easier drawing or video viewing. The company says the machine’s processors — Intel’s 11th generation Core H Series and Nvidia Corp.’s GeForce RTX graphics — are some of its speediest to date. The company also touted the system’s speakers with Dolby Atmos technology.

Microsoft’s new Duo phone rivals the latest swath of foldable devices from Samsung and will compete with Apple’s iPhone 13 line and Google’s upcoming Pixel 6 phones. The new laptops also beat Apple’s next-generation models to market. That company plans to unveil its biggest revamp to the MacBook Pro in about five years over the next several weeks, Bloomberg News has reported. Apple started selling faster iPad Pros earlier this year, while a new entry-level iPad and revamped iPad mini went on sale this month.

Microsoft’s follow-up to its first phone, the Surface Duo, addresses complaints about two key features: cellular connectivity and cameras. The new model adds 5G support and a dedicated rear-camera system. The first model used 4G and relied on the same cameras for videoconferencing and taking pictures. The phone has two distinct screens that fold open, unlike Samsung, which has one consistent display. The new screens open up to 8.3 inches, versus 8.1 inches on the original model.

Microsoft’s first Duo phone was mostly a flop and drew criticism over its sluggish processor, buggy software, complex user interface and hefty $1 399 price tag. The phone’s poor sales led to Microsoft eventually cutting the price to $699. The new version, though, will cost $1 499.

Microsoft also showed an updated Surface Slim Pen with improved writing and drawing performance, a new mouse, and stickers that can be placed on its devices for better accessibility.