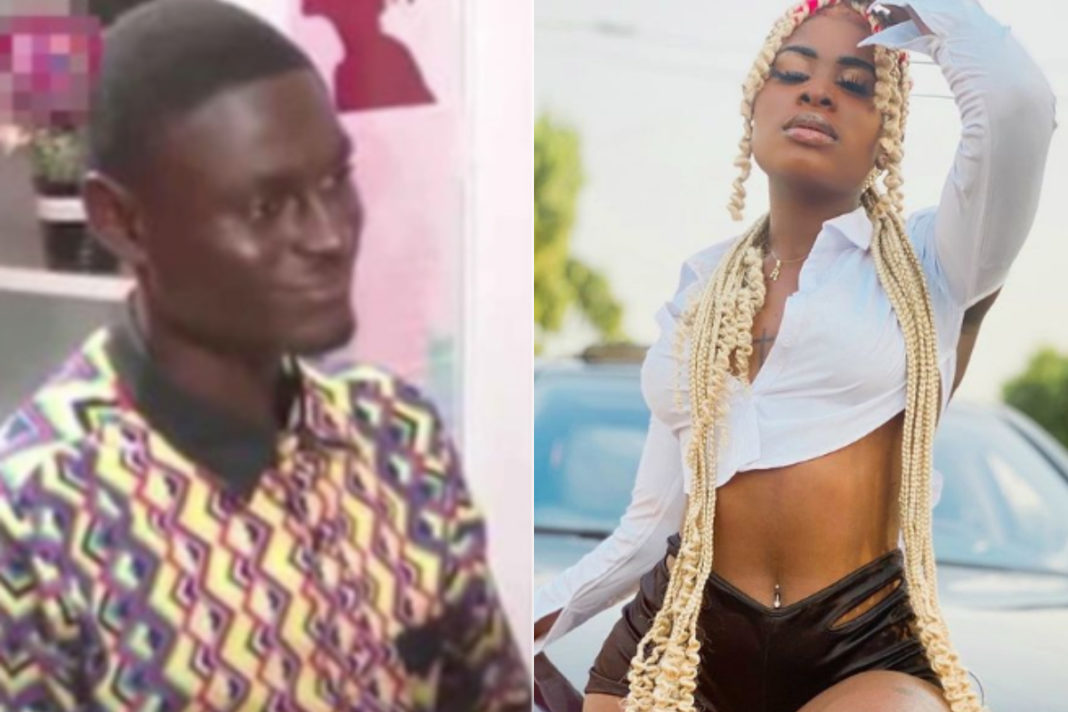 Kumawood Ghanaian actress turned musician, Yaa Jackson has finally reacted to claims made by her junior brother, Jackson K. Nyame that the former is being controlled by the devil but she wishes to repent.

READ ALSO: “Aside From Meeting Drake And Shouting “E Choke”, What Has He Achieved Musically From 2020 Till Date”-Netizen Slams Davido

It would be vividly recalled that Jackson, popularly known as Chef revealed that he believes his sister is being manipulated by the devil and has become a vessel for his works but she wishes to repent.

He disclosed that his sister’s repentance comes after she had a scary dream about the second coming of Christ and how her life would be if she refuses to turn back to God for salvation.

In reaction to that, Yaa Jackson upon her encounter with the blogger, GhHyper revealed that she has no idea what her brother is saying about her on social media and in interviews.

In other news, we made an earlier report about the missing but found a ‘pregnant’ lady in Takoradi confessing that she was never pregnant.

In our earlier report, we indicated that she made the confession to a team of medical experts and now we have a confirmation from the police.

“Update on the “Missing Pregnant Woman” at Takoradi in the Western Region
The suspect, Josephine Panyin Mensah, 28, has confessed to the Police during further investigations and stated that neither was she pregnant nor ever being kidnapped.