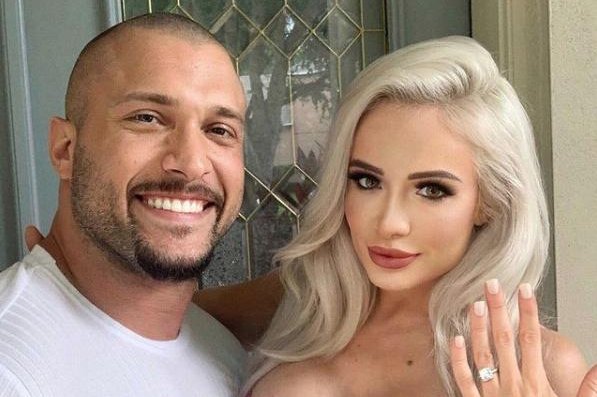 “Pop the champagne! #isaidyes,” Scarlett said on Twitter Thursday alongside a selfie she took with Kross where she is displaying the engagement ring.

“When you can go anywhere with a person or absolutely nowhere – and always feel like you’re in the right place; that’s a good way to know. Thank you to all who reached out!” Kross added on Instagram Friday next to another selfie of himself with Scarlett.

Kross and Scarlett appeared together as a duo on WWE’s NXT brand where Kross was a two-time NXT Champion. Scarlett acted as Kross’ on-screen manager and would accompany him to the ring.

Kross has since left the developmental brand and lost the NXT Championship to Samoa Joe at NXT TakeOver 36 in August.

Kross now competes on Raw solo and has not been reunited with Scarlett.