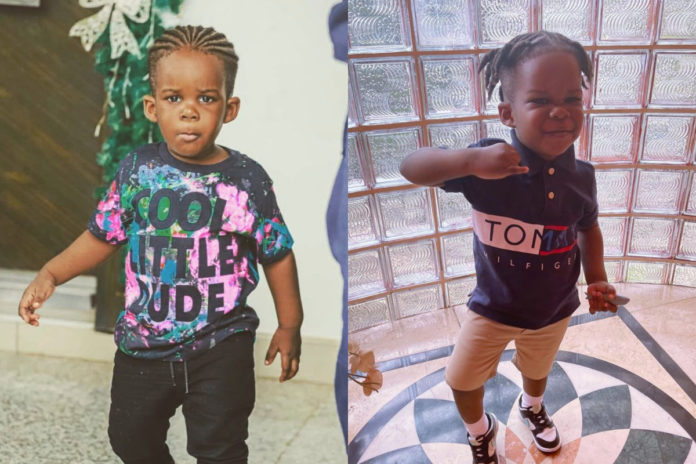 Stonebwoy’s less than three-year-old son, Janam already knows the career he wants to pursue in the future.

The little boy shocked social media users with his career choice after a video of him telling his mother, Dr. Louisa Satekla went viral.

In the video, Dr. Louisa was punishing her first child, Catherine-Jidula for a wrong thing she did and Janam who was there saw the need to make his career choice known.

He could be heard saying in the video that he wants to be a firefighter. Watch the adorable video below;

The video got some reactions from social media users. Check out some of these reactions below;

aj_senah – Go and think about your fire fighting career😂😂😂💔

princesspaully – Fire fighter has taken his own😭🤣🤣