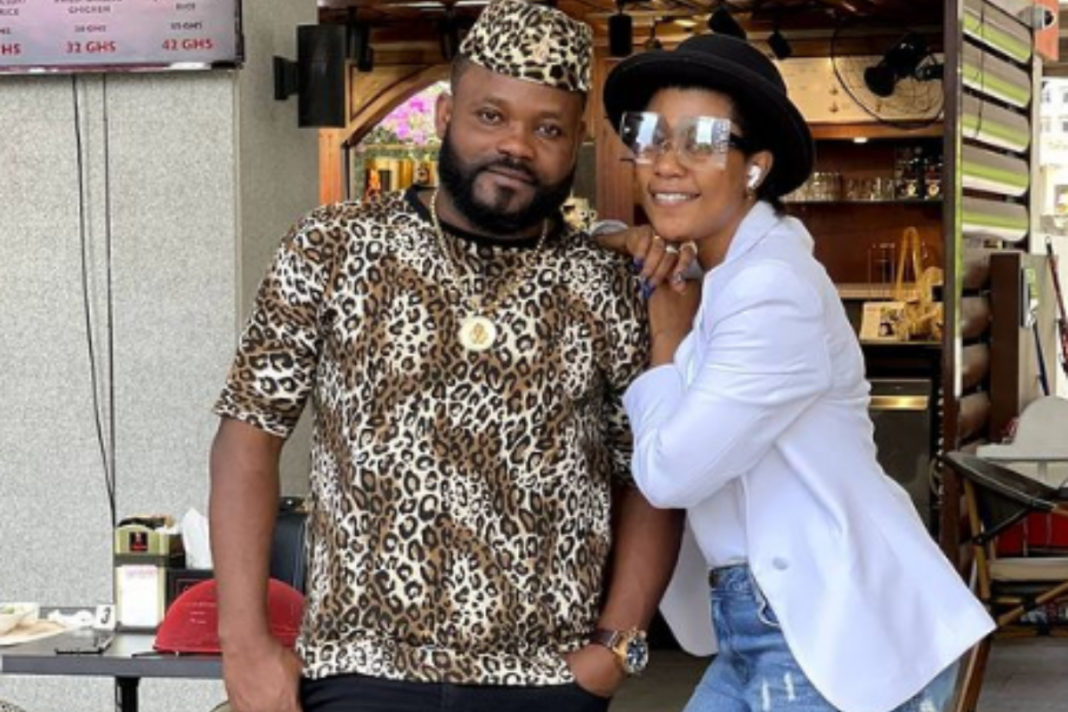 Ace Ghanaian musician, Steven Fiawoo, well known as Praye Tietia of the defunct Praye musical group has taken to social media to pen down a heartwarming birthday message for his sweetheart and Mrs., Selly Galley as she celebrates her birthday today.

READ ALSO: “People Used To Compare Me To Animals Because Of My Looks”-Kumawood Actor, Agurugu Sadly Reveals [Video]

Recall, the most-admired couple in the entertainment industry tied the knot in 2015 in a beautiful ceremony, and ever since then, they have been each other’s keeper and comforter. Although for some reason this couple has been dragged on social media for many reasons, they have managed to keep their bond tight.

Today being the birthday of his lovely wife, Praye Tietia has taken to his social media to pen down a lovely message for her expressing his undying love for his wife.

If the love I harbour in my heart for you can be measured in weight, not even the world’s strongest man will be able to carry it. Happy birthday to the universe’s prettiest wife, Mrs. Selorm Afi Annie galley Fiawoo.  #LoveTillCasket @sellygalley

In other news, budding Ghanaian Switzerland-based rapper, Lefly has revealed that he has a massive crush on our very own “Queen of Gh Comedy”, Valentina Nana Agyeiwaa, well known as Afia Schwarzenegger.

According to the rapper, he is still in his 20’s yet in as much as people will find it hard to believe he is still a virgin. He claims that he has been crushing on Afia Schwarzenegger despite the fact that she has been condemned on social media severally.

Lefly revealed that he would like Afia Schwarzenegger to be the first woman he ever sleeps with because he wants her to break his virginity and also wishes to marry her only if she agrees.