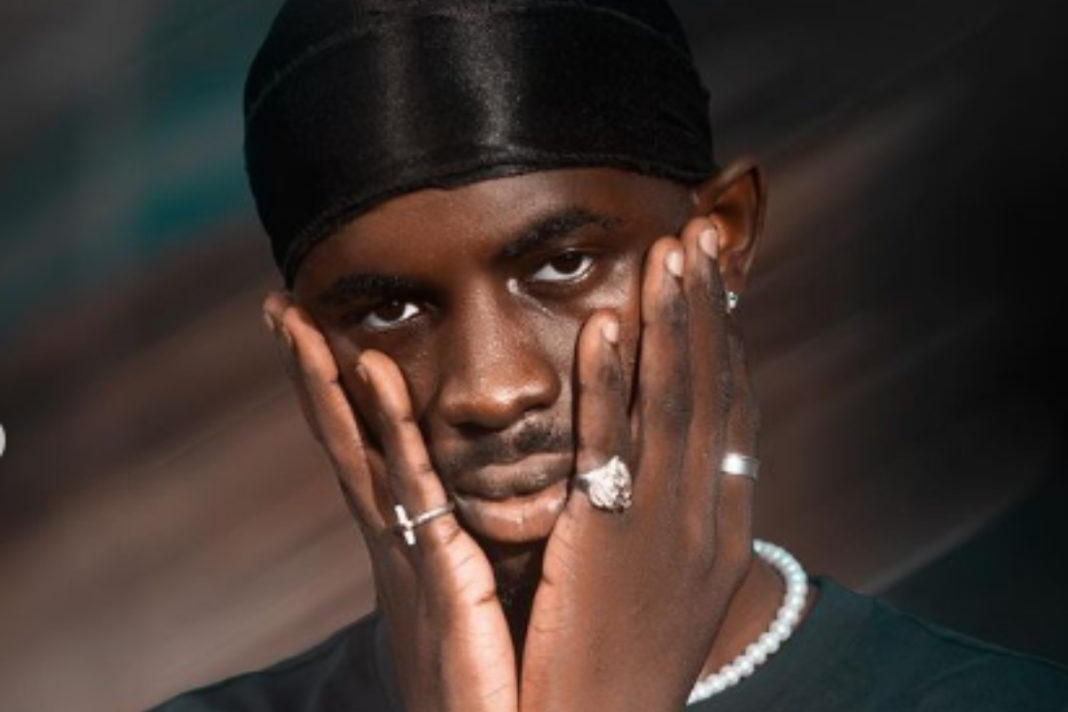 Sensational Ghanaian Hiplife singer, Black Sherif has revealed that he is still not happy despite the fact that he has been able to purchase his first car after his enormous success in the music industry.

READ ALSO: “I Have A Crush On Afia Schwarzenegger And I Want To Break My Virginity With Her”-Rapper, Lefly Reveals [Video]

Yesterday, the “Second Sermon” crooner was spotted in a viral video doing a victory dance in front of his new car. Although he has not confirmed it publicly that the ride was his, from his dance, we can deduce that the singer has achieved something great.

Black Sherif who has garnered numbers with some of his hit songs after he emerged into the music scene has revealed that folks should not get it twisted because he bought a new car.

According to his recent tweet, despite the fame, he has now, the numbers he has gained over time and the success he has achieved in his music career, he is still a sad boy and still the emperor of the Sad Boys Association.

In other news, the CEO of the Black Avenue Muzik, Desmond Kwesi Blackmore, well known in showbiz scenes as D Black has revealed that he was expelled from his secondary school, Pope Johns Senior School for breaking school rules.

D Black revealed that he had to miss writing his final WASSCE exams afterward and he had to register for the NOV/DEC private examination which he passed with flying colors.