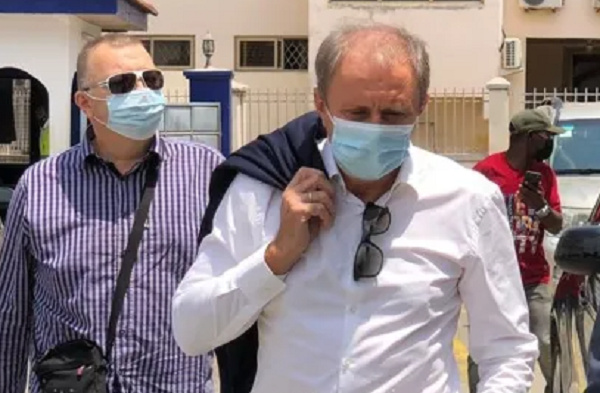 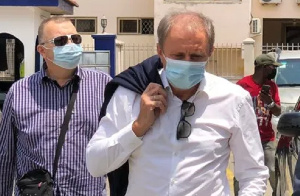 Coach Milovan (right) arrives at GFA HQ with his interpreter

Ghana Football Association president Kurt Okraku has denied speculations that they will take care of the remuneration of Milovan Rajevac’s interpreter.

Rajevac on his return as Ghana coach has brought back the popular interpreter Nenad Glisic.

The Serbian had his countryman by his side during his first spell which lasted for two years from 2008 to 2010.

There were speculations that Glisic who translates Rajevac’s comments to English, would be paid by the GFA.

But at Rajevac’s unveiling on Friday, Okraku denied it. He said, “Milo’s translator will be paid by his employer, coach Milovan Rajevac and not the Ghana Football Association.”

Rajevac has accepted the job following the sacking of Charles Akonnor earlier this month.

However, Rajevac is entitled to $600,000 bonus if Ghana qualifiers for the World Cup and win the 2022 Africa Cup of Nations tournament in Cameroon.