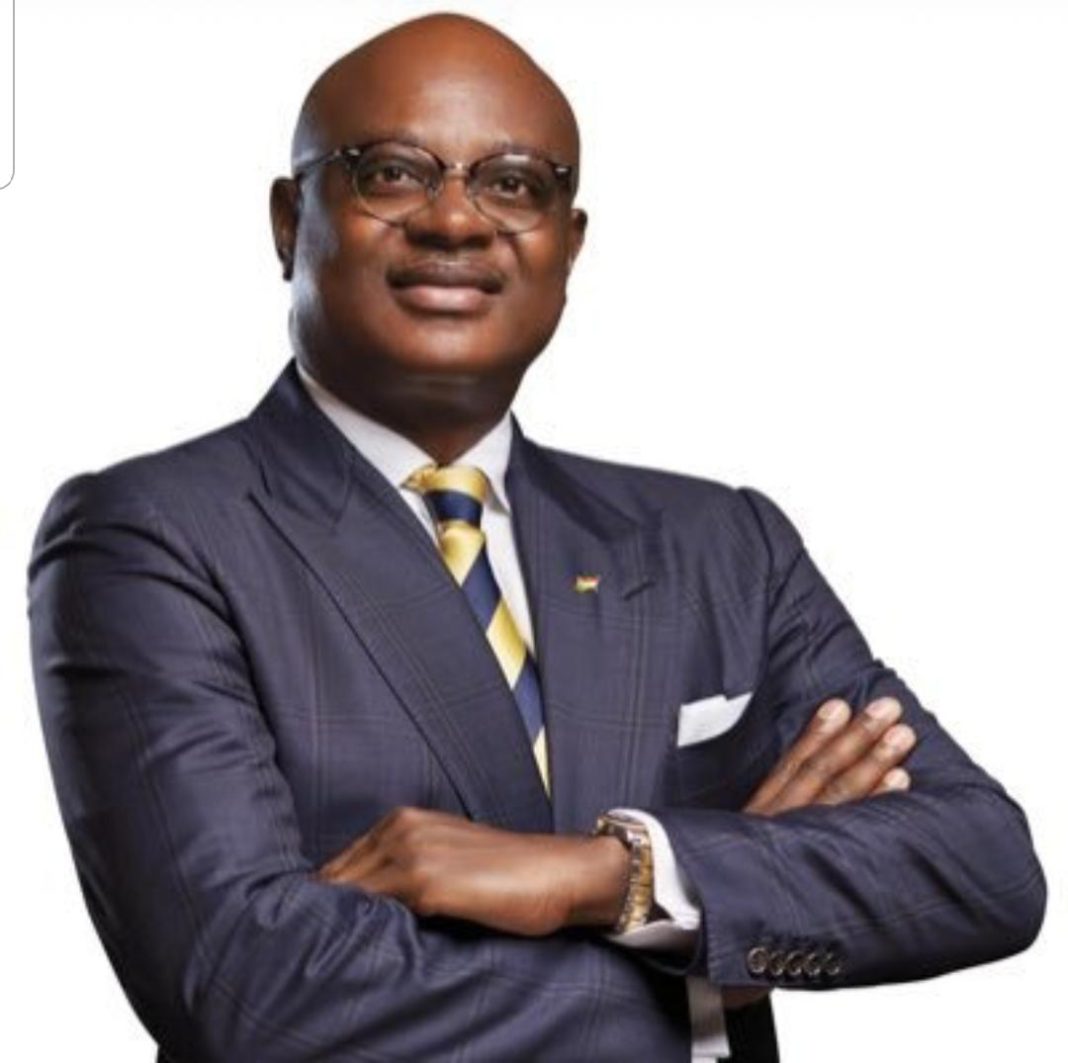 For many who know the light-skinned, thick and tall man, Kojo Bonsu, he would be described as the former Mayor of Kumasi, businessman and a football administrator.

These are just a few of his attributes; some already in the known, but many this piece will unveil. The story of his childhood, family, educational background, political ambition, business and not-so-private life will all be told.

He was born Michael Kojo Bonsu, or rather, Mensah Bonsu, a name he inherited from his great grandfather. Michael is a name dear to his mother’s heart and he dared not erase it.

But as the patriotic Ghanaian he is, Kojo Bonsu has always been his preferred choice.

Mr Bonsu comes from a family of 11; his parents and nine biological siblings with the eldest being a female.

They lived together at Offinso, a town in the Ashanti Region of Ghana. However, as they were growing their lives became divergent.

His mother was a prestigious Queen Mother of Offinso who was married to a strict Military officer.

He enrolled at Ring Road East for his primary school education, after which he had his Ordinary Level education at the Tamale Secondary School. There, his dream of becoming a football administrator started.

Mr Bonsu, who was perceived to be innocent, confessed to making a few unregulated moves on campus. One of which was sneaking out of school without ‘exeat’ to attend midnight dance.

He was, however, never caught as he came back by dawn. He made up for the stress by sleeping during school hours in the dormitory.

Ever heard of the name Mike Bonsu during the 1974 to 1979 period, then that would be the popular senior approaching.

With the hope of keeping the flame of his fame burning, he graffitied the pound sign (£) that accompanied his moniker on all four corners of the school block.

The only challenge he experienced in secondary school was lack of water.

Contrary to reports that he furthered his education at the Drayton School in England, United Kingdom, Mr Bonsu revealed he never stepped foot there.

He was indeed booked for admission, but an unplanned job which was earning him a lot of money saw him having second thoughts.

His stay at TAMASCO paved way for his dreams as a football administrator to take effect.

My Bonsu transferred his love for hockey into football. He said he had the powers to make a change in the game.

Back then, he had the chance to lead as the Team Manager for the school team, when he was just in Form 3.

His aim was to lead the team to lift the Regional Soccer Championship trophy. It all seemed possible as he beat many teams to qualify to the finals stage.

However, his hope was dashed by the formidable Ghana Secondary School team which had key players like Abedi Pele, his junior then.

That did not, however, stop him. The chants of Mike TM (Team Manager) across the park was all the motivation he needed to push through.

After school, he landed the job as a Director of Real Tamale United and his efforts moved him to greater heights when he got the shot to be an Executive member of the Asante Kotoko team.

He can boast of strong achievement with the Porcupine Warriors like providing them standardised jerseys.

In 2003, he took his first shot at the Ghana Football Association President slot. He contested against Kwesi Nyantakyi and Vincent Odotei Sowah who was then an executive member of his rival team, Hearts of Oak. They all lost to Mr Nyantakyi in an election held in 2015.

Mr Bonsu had always loved politics, courtesy is father, but he never had it in his agenda to follow politics to the core, more so to join the National Democratic Congress (NDC).

His father was a sympathiser of the CPP, and that would have been his party too, but some backdoor jobs he did for the NDC made him love the party.

Mr Bonsu was right there during the inception of NDC, in the chambers of the late Jerry John Rawlings.

He worked as a messenger moving back and forth to Nana Konadu Agyemang Rawlings, who later became his mentor who guided him into politics.

Mr Bonsu also played a pivotal campaign role for the late John Evans Atta Mills during his 2008 elections, and he earned the admiration of the then President and his delegates .

He had his first major role in the NDC in 2013 following his appointment as the Metropolitan Chief Executive (Mayor) for the Kumasi Metropolitan Assembly.

Despite being of the Ashanti tribe, that call was not an amusing one due to the knowledge that Kumasi is not so much of a friendly zone for Mayors.

However, after series of consultations with Otumfuo Osei Tutu and the late Rawlings, he took the bull by the horn with hopes that he will change the system.

The political sphere has served him well, but his major challenge is trust. In his words: “My biggest challenge is dealing with people who will come to your office and record you and later go and twist your words. Because of this I did not allow telephones in my office.”

Aside the NDC stalwart he is, Mr Bonsu has run businesses outside the leadership bracket.

His business career began immediately after TAMASCO. He forfeited the Drayton School in England for a job that paid him £54 weekly.

While there, he was undergoing training as an assistant to a foot clinic.

Moving on, he was appointed the West African representative for Adidias, after he secured a deal for Asante Kotoko and Black Stars.

Before then, he owned a Jamestown-based company which was the main printers of jersey numbers. Due to his experience, Mr Bonsu realised the jerseys were not befitting players of the national team.

He shared his concerns with a well-connected friend in Ivory Coast, who made a call all the way to Paris which landed on the phone of the Adidas owner, Adolf Dassler.

Adolf Dassler inked him a contract to be the sponsor of the National Team, for which he was sent to Germany to observe how the brand was to be used and distributed.

Impressed by his good work, Adidas appointed him to spearhead matters in West Africa, specifically Nigeria, Cameroon, Senegal and Mali.

Mr Bonsu further served as a board member for Ghana Oil Company from July 2009 to April 2015.

He led the board on an ambitious rebranding agenda which tripled their sale from 25 million litres to 75 million.

He also became acting Managing Director of the company after the long-serving predecessor, Yaw Agyemang-Duah retired after 16 years.

In October 2015, he was acknowledged and honoured by the company for playing a key role in the company’s rebranding process. An agenda he saw was nearly collapsed by ‘pull-him-down’ persons.

Mr Bonsu is also the founder and former publisher of Agoo Magazine, an African lifestyle magazine that was launched in 2001.

Mr Bonsu can rattle French like nobody’s business. He learnt the language in Burkina Faso, then Upper Volta.

He has lived in the capital of three regions, Greater Accra, Ashanti (Kumasi) and Northern Region (Tamale). Living in round huts in Tamale was refreshing for him.

His favorite food is Tuo Zaafi, preferably the one kept for the next day. “If you warm it the next day, I can tell you [that] you will never love anything more than that”.

He has friends in the upper echelon; late former Vice President, Aliu Mahama and lawyer and former Ambassador of Ghana to Saudi Arabia, Pakistan and the Gulf states, Abubakari Sumani.