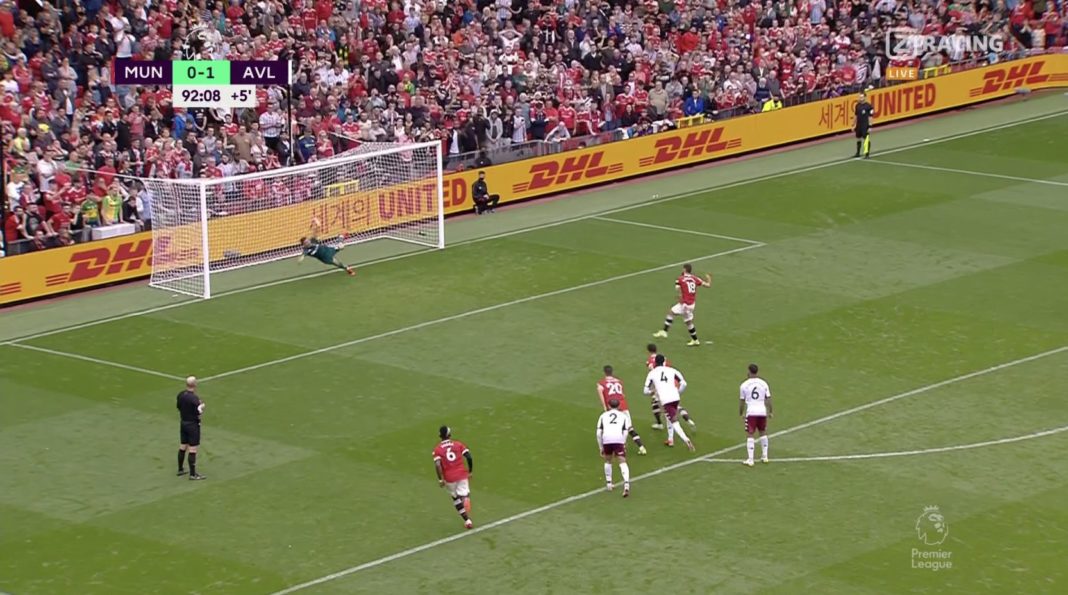 Bruno Fernandes missed a 93rd-minute penalty as Aston Villa won for the first time in 12 years at Old Trafford.

Kortney Hause put Villa ahead with a powerful header two minutes before the end of normal time, but the defender handled inside the box, giving Manchester United a lifeline.

Fernandes, however, blazed high over the bar in front of the Stretford End, ending United’s unbeaten start to the Premier League season.

United have lost their last two games without scoring after being knocked out of the Carabao Cup at home by West Ham.

Ollie Watkins could only fire at David de Gea after Matt Targett blazed over inside the six-yard box after the United keeper had passed straight to the Villa forward following Harry Maguire’s backpass.

In a thrilling game, Ezra Konsa headed over another chance after beating Aaron Wan-Bissaka in the air, and Watkins was denied by De Gea at full stretch in the second half.

Emiliano Martinez saved Maguire’s header at the other end, and Paul Pogba nodded wide when the France midfielder should have scored.