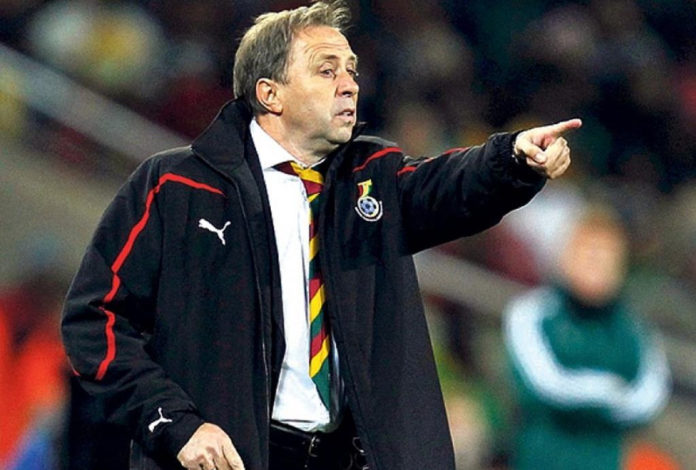 Newly appointed Black Stars coach, Milovan Rajevac has insisted that victories are more important than goals, as he prepares to have a second stint with the Stars.

The Serbian was coach of the Stars between 2008 and 2010, leading the country to its best finish in a World Cup finals while sending the team to the finals of the AFCON in Angola.

Milo’s approach to games was however not approved by all, as he mostly prioritized securing wins overplaying a more expressive and expansive style of football.

His Stars team was well known for securing very slim wins, and he has insisted that although he would want his side to score more goals, he will continue to prioritize victories.

Milovan Rajevac was speaking at a news conference organized by the Ghana Football Association to officially unveil the Serbian.

He has signed a 1-year contract and is expected to lead the Black Stars to secure a World Cup spot in Qatar next year.