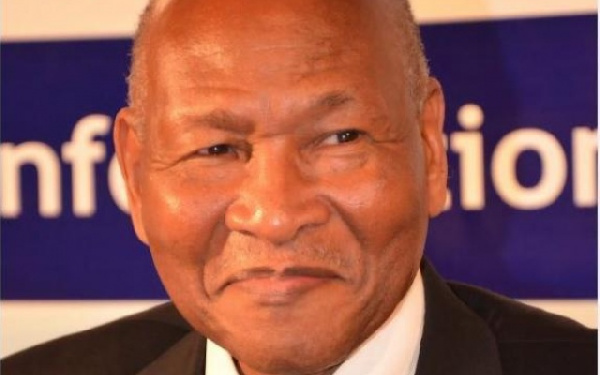 Council of State member, Sam Okudzeto has told Ghanaians to stop criticizing President Nana Addo Dankwa Akufo-Addo’s travels abroad and focus on the benefits such trips bring to the country.

“When he was going to Germany, there was hue and cry. ‘Why is he travelling? Does he take these expansive planes? It cost so much per day.’ People do not understand what diplomacy is all about. Diplomacy is an expensive process, but there are always benefits,” Mr. Okudzeto said.

According to him, in an interview MyNewsGh.com monitored, the wholesale attacks on President Akufo-Addo over the cost of his travels is not productive and do not help the country.

“The president cannot sit down there in the Jubilee House and think all these [benefits] will just be coming to us. I don’t think it [attacks] is productive and helps the country,” he added.

He noted that presidents all over the world are travelling and with Nana Akufo-Addo, “he was invited by the people so he has to go. We spend more time criticizing than sometimes looking at the benefit that comes to us because we don’t even study the system.”

Mr. Okudzeto said these in an interview with Kwesi Parker-Wilson of Accra-based Joy FM.

He said, “as a nation, we can agree on certain basic principles so that we all operate upon it instead of these attacks”.

Mr. Okudzeto’s comment comes after North Tongu MP, Samuel Okudzeto Ablakwa, disclosed that Nana Akufo-Addo, on his latest trip to the United States of America for the 6th Session of the United Nations General Assembly, chartered the same ultra-luxury aircraft he used to the UK and Germany — the Luxembourg-based luxury jet registered LX-DIO, operated by Global Jet Luxembourg.