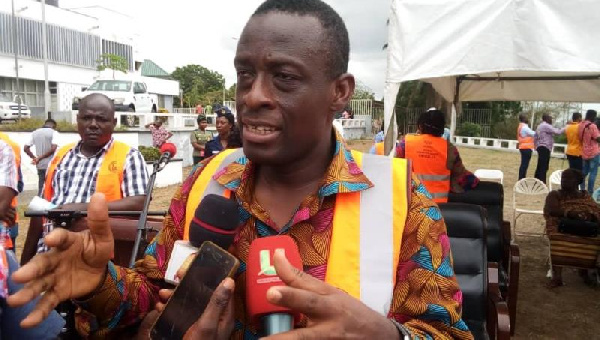 Justice Acquah, an aide to the Western Regional Minister, Kwabena Okyere Darko Mensah, has explained why his boss offered a ransom to kidnappers of the allegedly pregnant Takoradi woman.

Reports emerged yesterday that the Minister had paid an amount of GH¢3000 as ransom to kidnappers who had been in contact with the mother of Josephine Panyin Mensah.

According to the aide, the kidnappers had made initial demands starting from GH¢500 and later went up to GH¢1000.

He added that at the time the payment was made, the Minister believed that the kidnap was true, hence his decision to pay the sum to the police for onward transfer to the kidnappers.

Speaking on Accra-based Citi FM, Justice Acquah said: “The request had come from the police and not the parents, because at that time, the mother was in collaboration with the police and they were jointly looking for the location of the kidnappers.

Explaining why the Minister paid 3000 cedis, he said: “The Ghana Police Service at that point… the money kept increasing, 500 – 1000 cedis, so we felt that let’s see… because they might come up with something and you may not be available immediately to assist.”

The Minister has come under criticism for stating that Josephine was not pregnant despite saying his position was premised on medical reports.

The police, via a September 23 statement, have subsequently confirmed that after receiving medical reports on Josephine from the Axim and Takoradi Hospitals, she was not pregnant and could not have delivered a child in the last week.