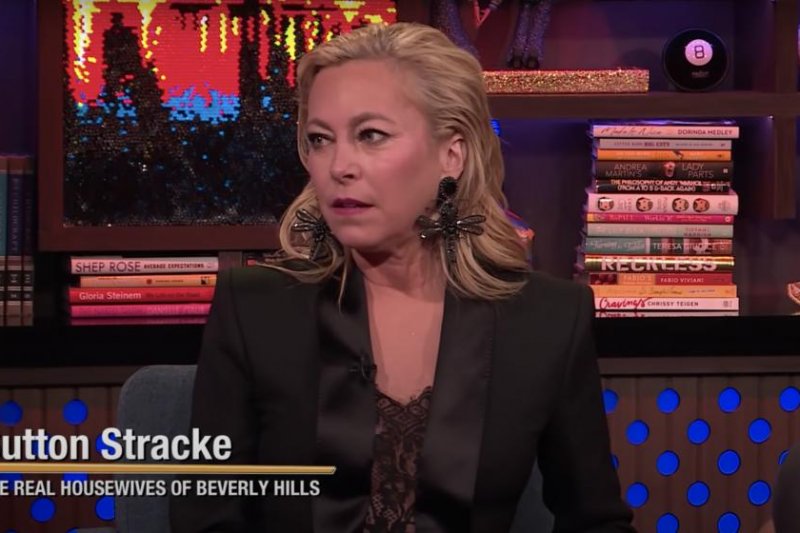 Sept. 23 (UPI) — Sutton Stracke says she once offered to lend her Real Housewives of Beverly Hills co-star Erika Jayne money as a “cushion” to help Jayne through her divorce.

The 50-year-old television personality explained on Wednesday’s episode of Watch What Happens Live why she offered to lend Jayne money in the early days of her divorce from Tom Girardi.

“That was friend-to-friend, going through a divorce, and it’s a cushion,” Stracke said.

Bravo, which airs The Real Housewives of Beverly Hills, released a never-before-seen clip in August of Stracke telling her co-stars that her lawyer advised her to seek the same during her own divorce.

“I know what it’s like to go through a divorce,” Stracke said. “I was in a position where I wasn’t getting money. My attorney said to me, ‘You need to have someone ready to give you money if you need it.'”

Stracke then confirmed in a confessional shot that she offered Erika a loan.

“I offered Erika a loan while going through the divorce. Like, ‘If you need anything financially, I’ve got your back, and if you have a fall, you’ve got a mattress to land on.’ But I think she said thank you? That was it,” she said.

Jayne filed for divorce from Girardi in November after more than 21 years of marriage. News subsequently broke that Girardi is being accused of misappropriating millions of dollars in client funds.

Stracke and Jayne have since clashed on RHOBH over Jayne’s divorce and Girardi’s scandal.

RHOBH is in its 11th season on Bravo. The series co-stars Kyle Richards, Lisa Rinna, Dorit Kemsley, Garcelle Beauvais and Crystal Kung Minkoff and will air its season finale Wednesday.