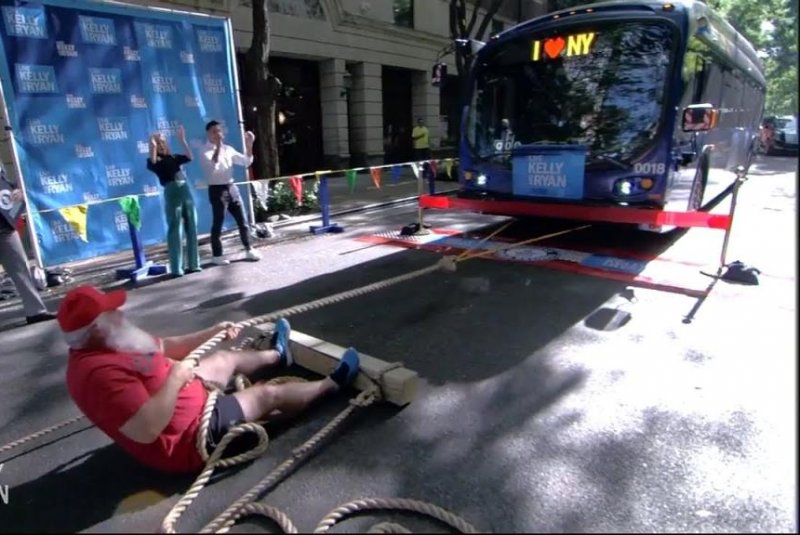 “We are excited to be part of a historic Guinness World Records attempt to pull the heaviest vehicle by the upper body, and congratulate Kevin Fast on his exciting achievement,” Frank Annicaro, acting president at the MTA Bus Company and senior vice president at New York City Transit’s Department of Buses, said in a statement.

Annicaro said the MTA welcomed the chance to draw national attention to its all-electric buses.

“Having one of our all-electric, clean energy buses pulled on a national stage gives us an exciting opportunity to showcase the MTA’s continued commitment to deliver a modern, sustainable, and reliable bus system that New Yorkers deserve, while protecting our environment,” he said.