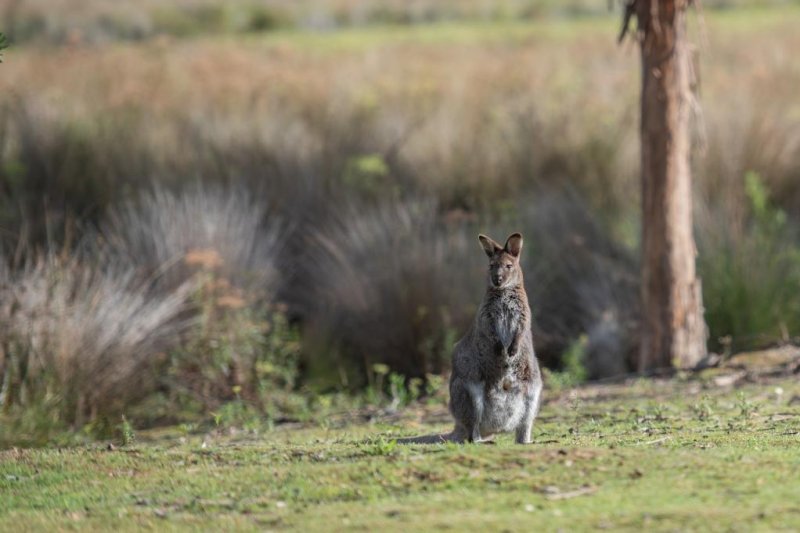 Sept. 24 (UPI) — A wallaby escaped from a Scottish petting zoo just hours after being delivered to the facility and was spotted hopping outside a local pub.

Nikki Johnstone, who runs the Waulkmill Menagerie petting zoo near New Deer, Aberdeenshire, said 6-month-old wallaby Eddie was one of two wallabies brought to the attraction Sunday night alongside a giant tortoise and three meerkats.

Johnstone said the animals were being transferred to their enclosures Monday when Eddie got loose and fled from workers.

“He was spotted not too long after escaping about a mile away from the attraction. He was then seen outside a pub in New Deer and the last sighting had him heading toward Cuminestown and Turriff,” Johnstone told STV News.

A post on the Fubar News Lost and Found Pets page on Facebook said Eddie is likely scared and will be difficult to catch unless searchers can corner him in an enclosed area.

“We can’t go wandering through the fields looking for him so hopefully he turns up in somebody’s garden shed or something,” Johnstone said.

“I’m totally gutted and really worried for him. he will be cold and scared. He’s not aggressive, he’s only about 10 inches off the ground so people don’t have to be worried.”