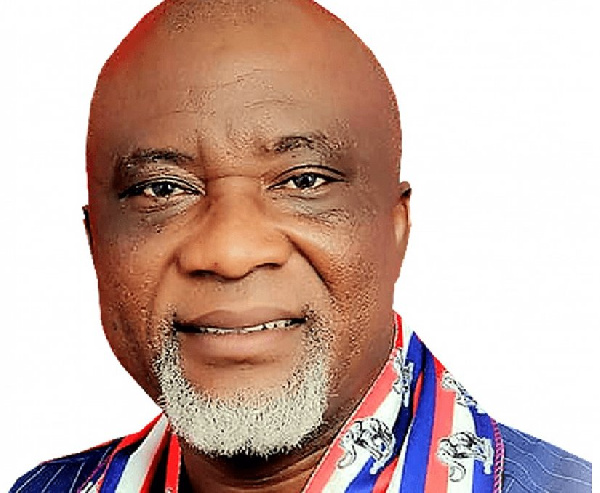 The family of social media critic Twene Jonas has reacted to allegations by member of the governing New Patriotic Party, Hopeson Adorye that United States immigration are on the heels of the US-based critic.

In a social media video, an elder sister of Twene Jonas who identifies herself as Nana Fremaa, also based in the US said that the assertions by Hopeson Adorye are without any iota of truths.

She explained that Twene Jonas is in the United States and under protection of US authorities.

Nana Hemaa questioned the priority of government, accusing them of shelving the important things affecting Ghanaians to focus on her brother.

“I want to assure everyone that nothing has happened to Twene Jonas. The two idiots and their presidents cannot do anything to him. Over here, the system works so if Ghana government wants Twene Jonas, the American state will not hand him over to them. He will be protected. They won’t allow them send him to Ghana. The law works here.

“If all of them boarded a $15,000 per hour plane to come and look for Twene Jonas, then they have a big problem. They are not correct. Twene Jonas is being protected by the American government and nothing can be done to him. I want to assure everyone that he is doing fine. If they came all the way from Ghana to look for him then they are idiots. They are rather making the us rich because the American government will protect Twene Jonas.

Hopeson Adorye who has recently gained notoriety on social media reported from USA that Twene Jonas, who is a serial critic of what he says is bad governance and leadership in Ghana, had been sacked from his job and is being sought after by immigration officials.

According to Hopeson Adorye who was in the company of fellow NPP member, Ernest Owusu Bempah and sought to rubbish Twene Jonas’ campaign against the government, the social media commentator had gone into hiding as he entered America with forged papers.