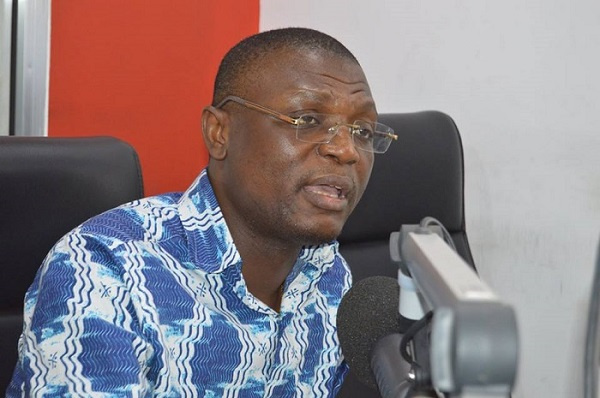 The National Democratic Congress (NDC) Member of Parliament for Buem, Kofi Adams, has asked Yaw Boateng Gyan, the former national organizer, never to repeat his “false” claims that he (Adams) was sponsored by former President John Dramani Mahama to oust him.

Mr. Adams warned he would not entertain such falsehood again.

The legislator said the claims are not only false but it is also denigrating and tarnishing the image of some key personalities of the parties.

Kofi Adams indicated he was disturbed by the comments and has asked Mr. Boating Gyan to stop repeating the claims.

He said ‘I don’t want him to repeat these comments. He must take responsibility for his failure to run his campaign in 2014 and 2018 and stop blaming others. As a former officer of the party, he had never engaged in any contest because he had always gone unopposed. It was only in 2014 and 2018 that he engaged in a serious contest and lost in both instances’.

He described him as someone who is unable to run his personal campaign but blames people for no reason.

He also asked him to be bold and say whatever problem he has against Mr. Mahama and stop peddling lies about him.

He insisted Mr. Mahama never supported him (Kofi Adams) and at no point did he (Mahama) mention his name during his campaign when he (Adams) was contesting as a national organizer.

Kofi Adams further refuted claims of being a campaign manager for any candidate as speculated by Boateng Guan.

“They always want to turn Mr. Mahama into a punching bag. When others speak for him, they are described as bootlickers. That is unfortunate,” he said.