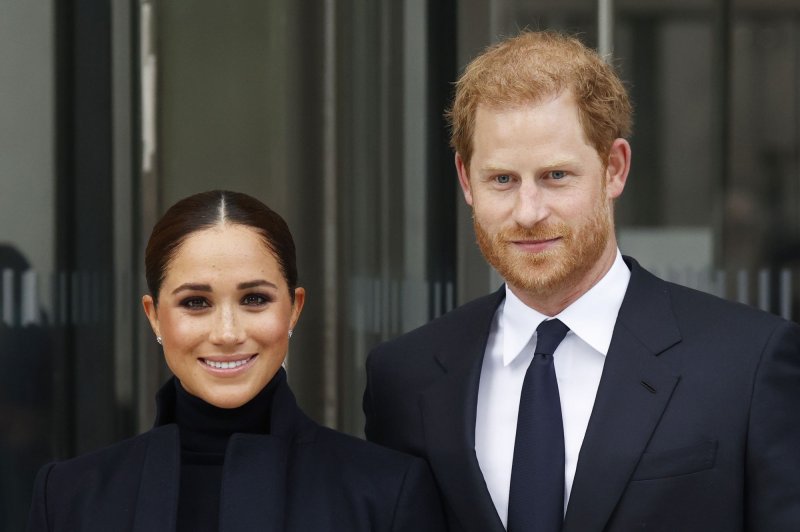 Sept. 23 (UPI) — Prince Harry and Meghan Markle kicked off a joint trip to New York with a visit Thursday to the One World Trade Center.

The duke and duchess of Sussex met with New York Mayor Bill de Blasio and New York Gov. Kathy Hochul at One World Observatory in Manhattan.

Harry, 37, wore a navy suit and tie, while Markle, 40, sported a navy coat over a black top and pants.

When asked about her return to New York, Markle said, “It’s wonderful to be back, thank you.”

The outing marked Harry and Markle’s first major public, in-person appearance since their move to the United States in March 2020 and the birth of their second child, daughter Lilibet, in June.

The couple are visiting New York to attend the Global Citizen Live event Saturday in Central Park. They joined the lineup “to continue their work with world leaders in pursuit of global vaccine equity.”

- Advertisement -
Share
Facebook
Twitter
Pinterest
WhatsApp
Previous articleGirlfriend of US rapper, Moneybagg Yo buys him 28.8 acres of land for his 30th birthday (See Photos) » ™
Next articleShocking moment man flushes his expensive phone in the toilet to avoid wahala shortly after his wife caught him talking to his side chic (Watch)
- Advertisement -

We are not supporting LGBTQ+, we just don’t like the approach