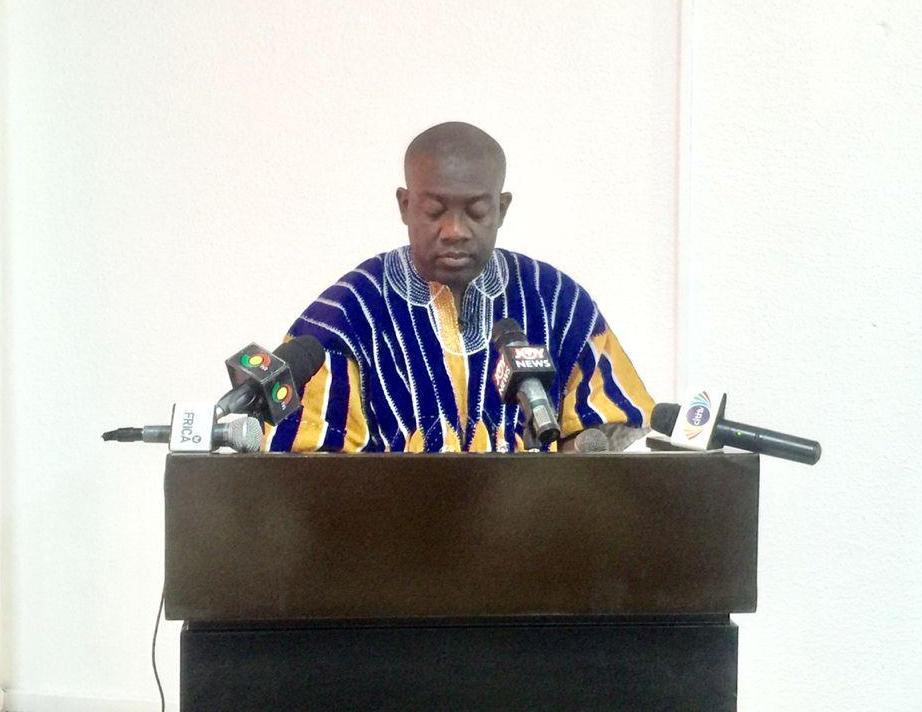 Information Minister, Kojo Oppong Nkrumah, is charging media practitioners to use a chunk of their time and space to direct people’s attention to the opportunities that are being created by the government.

“It seems that our only job is to hold government accountable. And to check public officials. Well, that is true, that is part of our job. But that it’s not our only job.

“We also have a responsibility to assist the state in the efforts to bring about growth, and to create opportunities for people,” Mr Oppong Nkrumah, said on Thursday when he engaged the media on a duty tour in the Western Region. 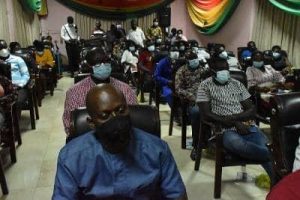 “I am in the Region for what we call in governance circles, a duty tour…every minister is required by the President during the year to embark on a duty tour, to examine how the agencies under his or her ministry, executing the mandate of the ministry, and also to give the necessary feedback with which we can shape government policies and programs”.

He said the security situation, particularly in the West African Sub-Region and the lots of terrorist insurgency attacks also needed media attention and education on the masses to be law abiding, help protect national interest rather than paying in to those involve.

“A lot of us are playing the ostrich, pretending it’s not happening. Not even talking about and not drawing the attention and awareness of the problem. I want to say that it is a matter which is a priority to the government and the government is spending a lot of money, resources and time on intelligence gathering and beefing up the logistics of our security agencies to better protect us.

The Ministry, Mr Oppong Nkrumah disclosed, was embarking on two media support programmes under the coordinated mechanism for the safety of journalists, a government sponsored initiative.

He said “the initiative being run by the National Media Commission sought to provide training for media personnel on how to protect themselves, educate the general public about the importance of the media, and the importance of freedom of media, so that the media could continue to work to help support the growth of democracy.

“The coordinated mechanism for Journalists also makes room for reporting abuses on the media and avenues to check, validate and make recommendations on sanctions…the Ministry is very happy to be supporting that with the assistance of our development partners”.

“Another component which is the media capacity investment programme,” he said, “looks at mobilizing support from academia and civil society organizations that provide training for journalists for continuous capacity enhancement”.

The Minister said, capacity was key to building the ability to do a better job, “all we are doing is mobilizing only to pay so that you can take those programmes”.

On Economic Recovery, Mr Oppong Nkrumah said the government was hopeful to bring Ghana’s economy back on track after the COVID-19 pandemic.

He noted how hard COVID-19 had dealt with Ghana, Africa and the world and the need for recovery programmes to reshape the socioeconomic stand of the nation for further advancement and growth.

“The government’s primary objective now is to stimulate recovery of the economy, so that the Ghanian would be better off as quickly as possible”.

He said the government was focusing on three major things: Vaccines, injection of hundred billion capital into the economy and preventive etiquette.

Also, government was stimulating the injection of cash into the Ghanian economy, with a net capital of 100 billion Ghana cedis raised by both government and the private sector.

The initiative, under the Ghana Cares Obatanpa project would create jobs and bring about a quick recovery and quick development.

Some 30 billion of that money would come from the government of Ghana Treasury and 70 billion from the private sector.

The Information Minister said continuous reminder on preventive etiquette was imperative to have quality lives that would drive the economic development aspirations of the country.

The government, he noted would require the partnership of the media in all three pillars of economic Recovery.

“We need the media to spread the word to help us fight the vaccine hesitancy to help us deal with all the fake news and disinformation.

“If the private sector’s 70 billion would be successful, we need the media ringing the bell every day on the role of the general public in helping to invest and if people are going to take better care of themselves, again, we need the media to help us channel this message out,” he said.
GNA