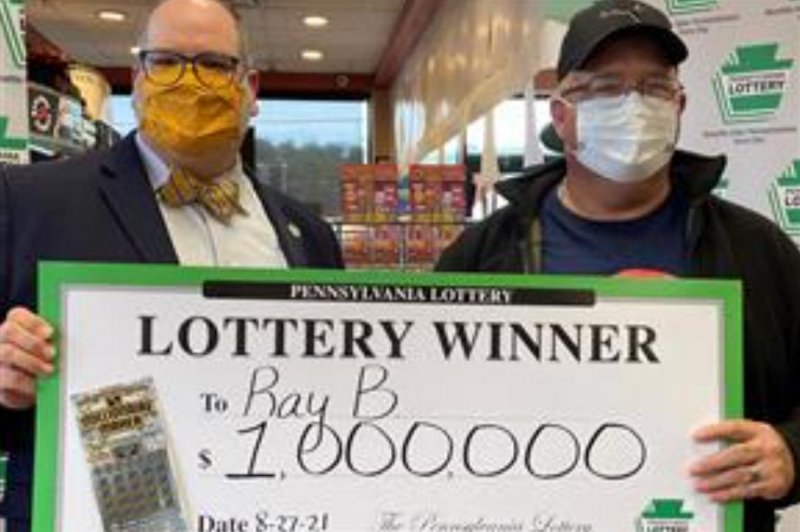 Sept. 24 (UPI) — A Pennsylvania man said his wife dubbed him “the luckiest person she knows” after he collected a $1 million lottery prize just months after winning $100,000.

Ray Boose Jr., of Cumberland County, told Pennsylvania Lottery officials his latest win came when his wife asked him to stop at the Ugo store in Mount Holly Springs.

“The day I won $1 million, my wife asked me to go to Ugo, and I had a few tickets I wanted to cash,” he recalled.

Boose used some of his winnings to buy a Millionaire Maker scratch-off ticket and soon discovered he was a $1 million winner.

“I was sitting out in parking lot scratching it and was like, ‘Oh my goodness.’ I was speechless. I called my wife. It just didn’t seem real,” Boose said.

He said his wife was just as surprised.

“My wife said, ‘Come home now. I want to see the ticket,'” he recalled.

Boose previously collected $100,000 from a Mining for Millions just a few months earlier.

“My wife says I’m probably the luckiest person she knows,” the winner said.

Boose said he already has set about making use of his winnings.

“I won on a Friday and went to see a house that Saturday. It’s under contract,” he said.