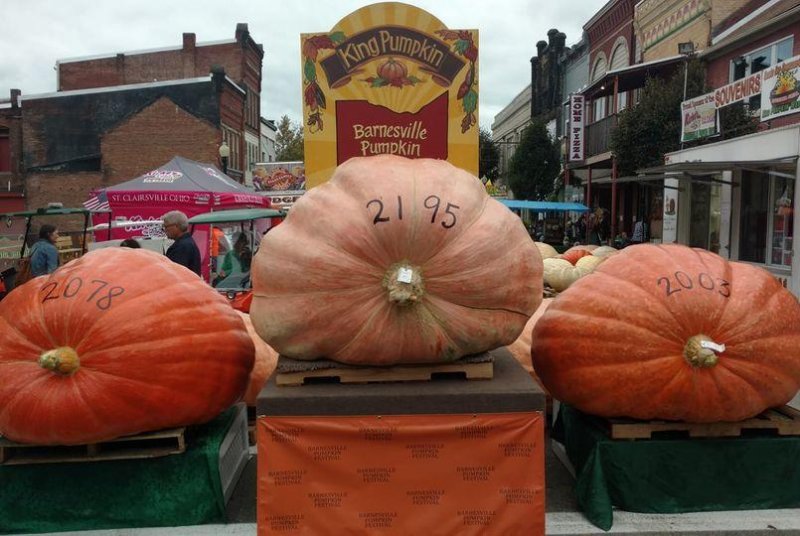 Sept. 24 (UPI) — An Ohio pumpkin festival kicked off with a state record being broken by a giant pumpkin that weighed in at a staggering 2,195 pounds.

Jeff Theil, of Dillonvale, took the top spot in the 57th Barnesville Pumpkin Festival’s King Pumpkin weigh-off Wednesday night, when his gargantuan gourd tipped the scales at 2,195 pounds, more than 100 pounds heavier than the second-place finisher.

Theil’s pumpkin took the state record from Todd and Donna Skinner, whose giant pumpkin weighed in at 2,150 pounds at the 2017 festival.

Theil said he owes his prize pumpkin to a deceased friend.

“I got the seed from a guy who ended up passing away from cancer,” Theil told WTOV-TV. “I emailed his wife when [the pumpkin] was 50 days old and I let her know how things were going and I told her I can’t help think that he’s up there pushing things along.”

The pumpkin festival runs through Sunday.