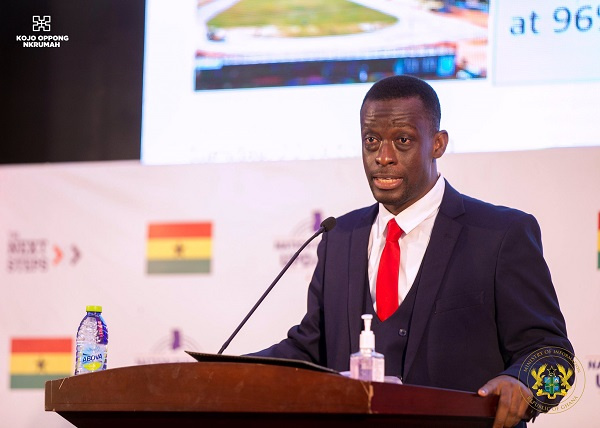 In the wake of his pronouncement that Josephine Panyin Mensah, the supposed nine months old pregnant lady who was allegedly kidnapped, was not really pregnant per the information available to him and subsequent criticisms from the public, Kwabena Okyere Darko-Mensah, has said the family he comes from is not cheap so the public should be circumspect in what they say about him.

Justifying his earlier communication, the Regional Minister who also doubles as the MP for Takoradi indicated that, the Western Region is known for staged kidnap cases so he needed to let the public know that Josephine Panyin Mensah’s kidnap was fake.

He cited an instance where a young lady visited her boyfriend and her family were all over the local radio stations in the region claiming that their daughter has been kidnapped.

“When Josephine’s case came up, I was following and at a point, I heard the kidnappers needed some ransom, I provided some money in order for her to be rescued; it was my headache. So, if we are trying to solve a problem and later, we realized that whatever is going on is fake, we have to put it out to the public so that the public will have the confidence that the city they live in is not scary.

“What sin have I committed in putting out factual information, meanwhile I referenced a doctor at the Axim Government Hospital. All of a sudden people think that they’ve gotten some meat to chew, they don’t even listen and they kept on talking, talking, talking and tarnishing the image of Sekondi-Takoradi as well as my image. OB, you’ve stayed in Takoradi before and you know the family I come from; we’re not cheap. Sometimes I get worried when I hear some people speak the way they do,” Kwabena Okyere Darko-Mensah popularly called Kobby told Asempa FM’s Osei Bonsu on Thursday, September 23.

He further said, as the Chairman of the Regional Security Council (REGSEC) whatever he communicated was the truth.

“Whether or not I was wrong in communicating the information available to me as the Chairman of Regional Security Council (REGSEC), the most important thing is the fact that we are providing. It is not about emotions, if you guide your thoughts wisely and you rely on your emotions, you end up becoming stupid. So, Ghanaians should be circumspect in talking about people when this information is given to the public…we’ve been disgraced for too long,” Kwabena Okyere Darko Mensah lamented.

Kwabena Okyere Darko-Mensah, following the kidnap of Josephine Panyin Mensah, told the media that the issue of the pregnancy was fake.

He said, preliminary investigation by the National Intelligence Bureau (NIB) had revealed that the kidnapping of a pregnant woman in Takoradi is fake.

It has also emerged that the 29-year-old woman was not pregnant as widely reported.

“From their preliminary investigations, NIB suspects that this whole story was fake and that the medical doctor who has even looked at her revealed she wasn’t pregnant. That is the immediate information that we have. The police are still with her,” he told-Kumasi based Kessben FM.

Later on Angel FM, Kobby reiterated his point, “I want to put it on record based on the information the security agency has provided to me that the woman was not pregnant. She was not pregnant according to the doctor who attended to her at Axim. Secondly, she wasn’t beaten by anyone as earlier reported.

“If you are a woman who hasn’t given birth in a community where you are being pressurized to have a baby, women do so many things, sometimes these things happen.”

His responses to the media contradict what Josephine Panyin Mensah’s husband Michael Simons, has told the media.