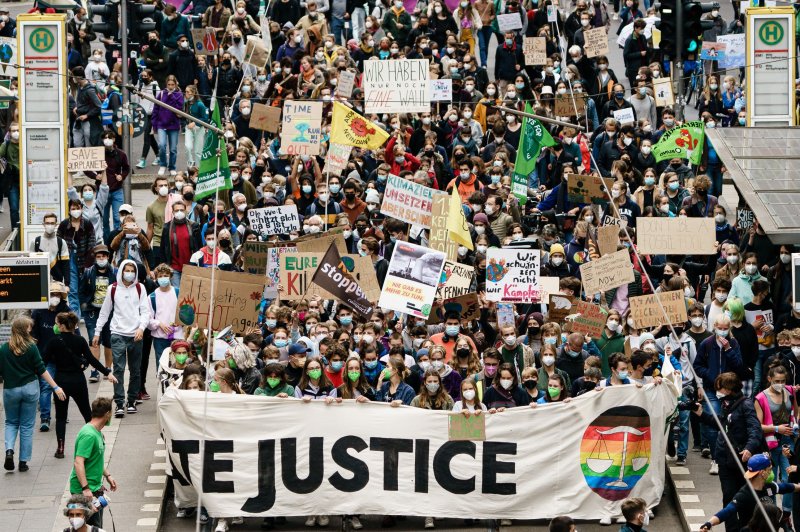 Sept. 24 (UPI) — Fridays for Future, an environmental movement for action to fight climate change, organized rallies in dozens of countries on Friday in the first mass event for the cause since the COVID-19 pandemic began.

Activists rallied for awareness and action to mitigate global warming in 70 countries, including Germany, Japan, India and New Zealand.

Swedish activist Greta Thunberg, who inspired Fridays for Future, was part of the event in Germany, where federal elections will elect new leaders and a new chancellor this weekend.

“We are frustrated and angry,” one protester said outside German Parliament, the Bundestag, according to NBC News. “We need structural change, a social plan and actions that are based on scientific evidence.”

The global strike has become an annual event and usually takes place in September at the same time as the United Nations General Assembly in New York, where Thunberg spoke about the urgency of climate change in 2019.

“The election Sunday is a climate election,” she tweeted. “Just like in Cologne, tens of thousands of children, young people and people of all ages across Germany take to the streets in the climate strike and make it clear: They want a new departure because they know that our future is at stake.”

The global strike Friday came just weeks before the United Nations’ COP26 climate summit in Scotland next month. where world leaders will work to limit emissions worldwide through new limits.

“Nothing has been done,” another activist told NBC News in Berlin. “We want leading politicians to publicly declare that Germany is in a climate emergency.”

German Chancellor Angela Merkel, the first woman to hold the office, is leaving the post after 16 years.