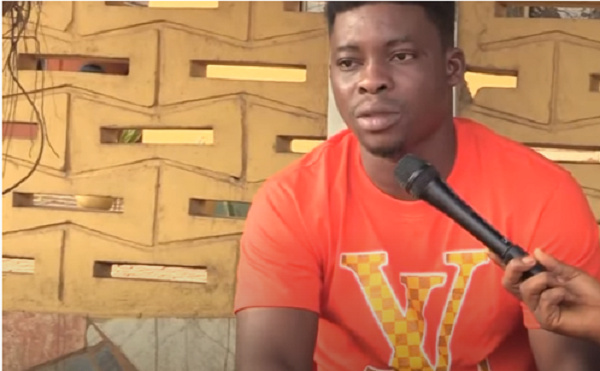 Wisdom Agbozo has shared with SVTV Africa what Ghanaians in Ivory Coast do to their fellow countrymen.

In an exclusive interview with DJ Nyaami, Wisdom indicated that these people who claim to be DHL managers and workers lure Ghanaians into Abidjan.

They promise such people driving and packaging jobs at the logistics company with opportunities to France and Australia.

“My friend went there first and told me that it’s real so I should come immediately. They asked for Ghs 8000 but I didn’t have and they asked me to change whatever amount into CFA and come. I had 3000 Cedis and sold my camera for 1,500 Cedis and travelled to Ivory Coast,” he narrated.

Upon arrival, they were briefed on their purpose there and realized that it had nothing to do with the company DHL. His money was collected along with his passport, birth certificate leaving him at their mercy.

“A Ghanaian man told us when we first arrived that we were there to do online marketing. Something called Qnet. A victim had rented out his shop and another driver got his boss to sell the car because he was travelling to work. They will collect all your money so you wouldn’t be able to leave the place,” Wisdom said.

According to him, the only reason he is in Ghana currently is that he kept some money hidden in his bag straps.