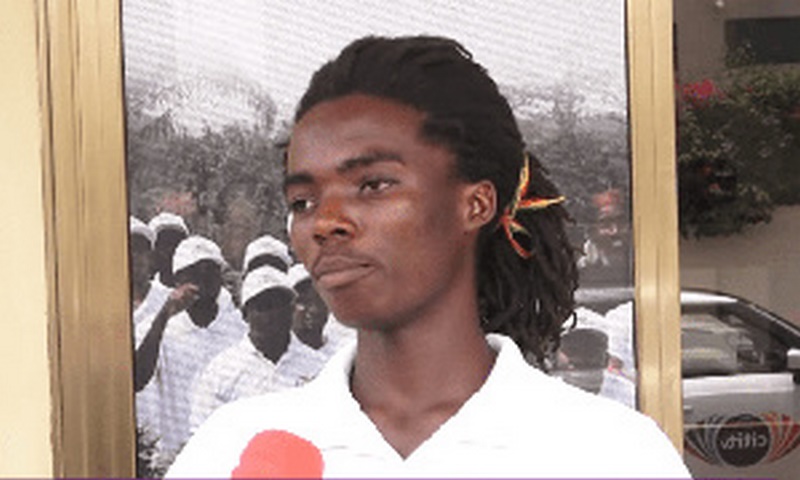 Tyrone Marghuy, one of two Rastafarian boys in a legal battle with Achimota School has reportedly topped his class in Science and Elective Maths.

The Rasta student excelled in the exams despite his inability to study with the class against the backdrop of his predicament in relation to his admission.

It’s alleged that the headmistress has withheld the rest of the results following the development.

He however expressed fear the authorities might tamper with the rest of the results of their ward under the current circumstances.

“I am hoping they don’t manipulate the rest of the results,” Marghuy’s father said.

“I suspect they want to hold onto it because they don’t want it to go public because it will be a disgrace to the school because if the boy didn’t study with the class and still beat them in the exams…” the parent noted.

Meanwhile, Oheneba Nkrabea, the other Rasta student has currently been enrolled at Ghana International School(GIS) in Accra.

Sources say the parents of the Rasta student moved their ward to the prestigious international school after they learnt of the Attorney General’s decision to appeal against the High Court’s ruling that went in their favour earlier this year.

The news about Oheneba’s move has been kept under wraps as the legal challenge to overturn a high court ruling travels its full throttle.

The Achimota School board and the Attorney-General’s Department have filed an appeal to challenge the Human Rights High Court’s order for the school to admit the two dreadlock-wearing students.

The Achimota School per the appeal said, the court among other things erred by indicating that the rules and regulations of Achimota School with regard to ensuring uniformity in appearance is unlawful and interferes with the manifestation of one’s religious rights.

The school board has therefore filed the appeal to have the entire judgment set aside and the plaintiff ordered to comply with the school’s regulations if he (Tyrone Marhguy) chooses to be a student of the school.

The AG’s office has also filed an appeal on the case, asking the court to uphold Achimota School’s arguments and rule in favour of the school.

The notice of appeal said the judge who adjudicated that matter and gave victory to the two boys failed to get the plaintiffs to provide evidence of their claims.

The AG’s office also said the judge erred in claiming that Achimota School had interfered with the right to the education of the boys.

“The learned Judge erred when she held that the regulation of the 1st Respondent requiring that students keep their hair low amounted to an illegal and unconstitutional attempt to suspend the manifestation of the Applicant’s guaranteed freedom to practice and manifest his religion…”.