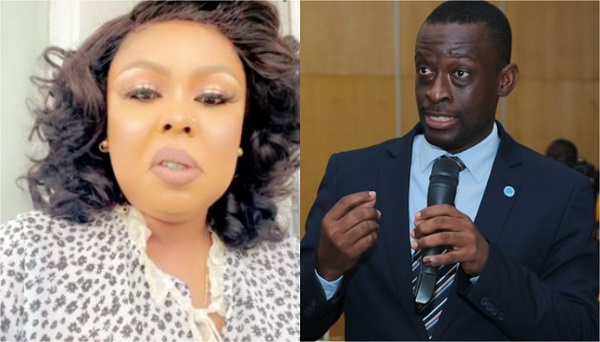 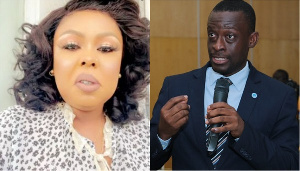 • According to her, the Minister is a suspect in the ongoing missing Takoradi woman case

The Western Regional Minister, Kwabena Okyere Darko-Mensah, on Wednesday, September 22, disclosed that a suspected pregnant woman who went missing in Takoradi was not pregnant as earlier speculated by her husband and family.

According to the Minister, who has come under public attack following his revelation, medical reports from the Axim Hospital, where the woman in question is receiving treatment, confirmed that she was not expecting a child.

“I want to put it on record based on the information the security agency has provided to me that the woman was not pregnant. She was not pregnant according to the doctor who attended to her at Axim. Secondly, she wasn’t beaten by anyone as earlier reported,” Mr Darko-Mensah said in an interview on Angel FM.

But reacting to the latest development, actress, Valentina Nana Agyeiwaa, popularly known as Afia Schwarzenegger has described the statement by the Minister as careless and insensitive.

According to her, Mr Darko-Mensah is not fit to be the Western Regional Minister. The actress has again named him as a “suspect” in the ongoing missing pregnant woman case.

“Dear Mr President @nakufoaddo. We need sensitive leaders and not idiots therefore we plead with your reputable office to send this man home to serve as a warning to everyone who thinks Ghana has been given to him for “Work and Pay”.

Afia Schwarzenegger furthered: “Sack Kwabena okyere Darko Mensah Now and have him investigated. He is a Suspect in the kidnapping of the pregnant woman. This one will be roaming about answering to Honourable…smh.”

Meanwhile, a statement by the Ghana Police Service says the victim, Josephine Panyin Mensah, is now a suspect following an investigation which proves that ” the suspect may have conspired with other persons over her possible planned disappearance.” 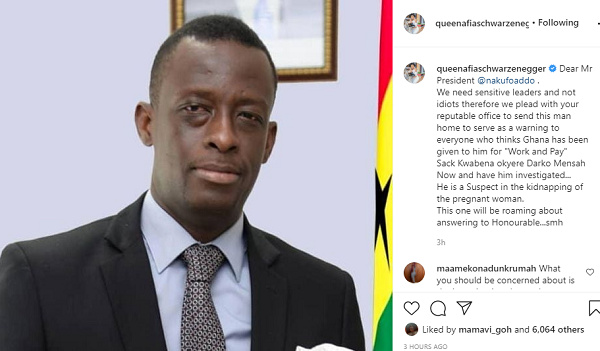